I am actually still not in the mood to write.

My period cramps since yesterday were quite bad.

But I can't resist to write something when I received this via NST SMS alert just now:

Well, if Najib can say that, then maybe there is still hope for Malaysia.

Hopefully our PM will after this take full charge of his administration and makes things better for all of us.

I am confident if Najib do so, I do not have to worry anymore about things such as the nonsense happening in my home state Johor.

Maybe after that I can concentrate at fighting the Pakatan cybertroopers especially those of the DAP varieties.

For now, I really feel like a Brazilian player with Germany already leading 3-0.

How to play properly when the team is facing so many problems?

Maybe it's not too late yet to catch up on the goal difference and win the match at full time.

But if the current rot continues, I am afraid the once mighty BN will ends up like Brazil, humiliated by 7-1.

The one goal scored in the dying minutes I think is more of a goal kesian.

Anyway, as I had earlier wrote, I am a supporter of Germany in this World Cup. 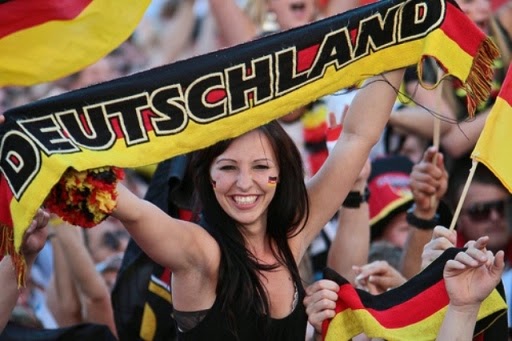 So, the result early this morning was actually good for me.

I had predicted that Germany wins the match 1-0.

The 7-1 scoreline was I think the Germans going overboard.

They should have stopped at 3-0.

I actually feel sad for the Brazilians. Most of them are poor folks anyway. They need football to keep themselves happy as they don't have that too much else.

In that sense, the Germans were very cruel to inflict such a humiliating defeat on Brazilians, on their home ground.

Then again, the Germans were just being themselves. Disciplined, meticulous, hardworking and doing what they were supposed to do.

It's not the Germans' fault that the Brazilians were so hopelessly wretched in the match.

It's something like the Malays must not hate the Chinese for being more successful when they themselves failed to raise to the occasion and letting themselves be cheated by their own leaders.

For instance, Johorean Malays should not be blaming their Chinese counterparts if one day they found themselves pushed to the fringes of the State by the current unbridled development which only serve to enrich the few with power among their community.

Urgh...writing the last paragraph above gave me some more cramps....

By the way, I didn't watch the Germany-Brazil match early this morning. The pain killers knocked me off till much later in morning.