Yes, they are indeed hypocrites

Okay, this is just a short one.

The supposedly Islamist Pas should organize a Pakatan's Save Palastine campaign and invite their DAP ally to take part.

Let's see who among their leaders who will go to the front and condemn Israel for the ongoing murder of Palastinian civilians, women and children. 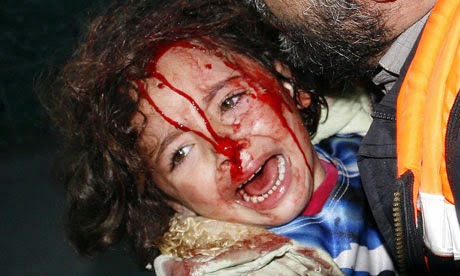 Let's see how many of the DAP's evangelical leaders who will come forward and say they support Palastine.

Actually, I have my share of comments on the Israeli-Palastinian conflict in this blog which I strongly believe came from DAP cybertroopers.

This is an example of one of the smarter evangelical ones, who obviously did some research, and twist what he/she got into a material to ridicule Muslims and their faith:

Anonymous15 July 2014 03:30
Humans do have a natural instinct to hit back at those who hurt their race or ethnic group, not religion.

Which is why Arabs generally don't give a shit about non-Arab affairs, like how Arabs are pretty doing nothing much for non-Arab Muslims in Kashmir, Mindanao, etc. instead Arabs are busy expanding business with India and Philippines.

When the Philippines promised maids to Arab countries in exchange for not helping Moro in Mindanao, the Arabs agreed.

Muhammad said that the Quraysh (his tribe) are more virtous, trustworthy, and honored than all other peoples. (Even other Arab tribes)

Hadrat Aisha reports that Rasulullah (sallallhu alaihi wa sallam) once came to her and said, “Had I no fear of the Quraysh becoming boastful, I would have informed them of their status in the sight of Allah.” (4)

Now, I hope there will be a commentator from Pas who will deny that this  is a handiwork of one of their DAP evangelical friends.

Really, I have mixed with that sort of DAP people. They were very nice in your face but when the opportunity arise, they will take the pleasure in ridiculing you and your belief.