The supposedly clean and principled JB MP TS Shahrir Samad has suddenly found his voice back, now that there is a chance to whip up the Johorean spirit via a little Singapore bashing.

You can read about it at Miss Chuah Bee Kim's latest post,

Shahrir has been very quiet when his little protege, Johor MB DS Mohd Khaled Nordin did some sweating out from running around as an errand boy the past weeks.

Guess it's always nice to have patriotism to fall back on in times of having your tongue being caught by the cat.

Well, Shahrir, still no comment on Khaled's rating as MB so far is it? How about all those massive reclamation by the Chinese companies in your constituency? You okay with that?

Then again maybe Shahrir's own mentor Tun Musa Hitam can come up with another nice phrase for this occasion, such as the "elegance silence" bit that he crafted for former PM Tun Abdullah Ahmad Badawi.

Singapore could tac but Johor not allowed to tic

Yes, in the far away land of the Middle East, the Israelis can tac, but the Arabs cannot tic.

If the Arab tic then they will get not a tac but a whack.

Here is the latest on the folly of thinking that the Arabs can play tic tac with the Israelis,

Gaza toll passes 100; Israel to counter rockets 'with all power'

This is a repeat of past massacres of the Arabs. One thousand Arab lives in exchange for one Israeli life.

It's happening over an over again.

That's so far is the jihad story.

I think it's foolish for the Arabs and the Muslims as a whole to think that they can fight their enemies with the tic for tac strategy.

They just going to get bludgeoned to the ground.

You shoot a few rockets at us, we shoot one thousand back at you, said the Israelis.

Instead of trying to hurt their enemies the way they were being hurt, I think Muslims should instead be focused on empowering themselves with knowledge and economic prowess so that they can be on par with their enemies in term of capabilities.

Only then we can talk about playing tic and tac.

Now, as for Singapore increasing the charges of its Vehicle Entry Permit and Good Vehicle Permit, I think it's because they don't want too many Malaysian vehicles to enter their country.

Singapore is after all a small country and they don't have that much road.

I doubt that it's because the Singaporeans suddenly developed a surge of hatred towards Malaysians that they decided to increase the charges.

After all, Malaysia-Singapore relations is currently at an all time high. 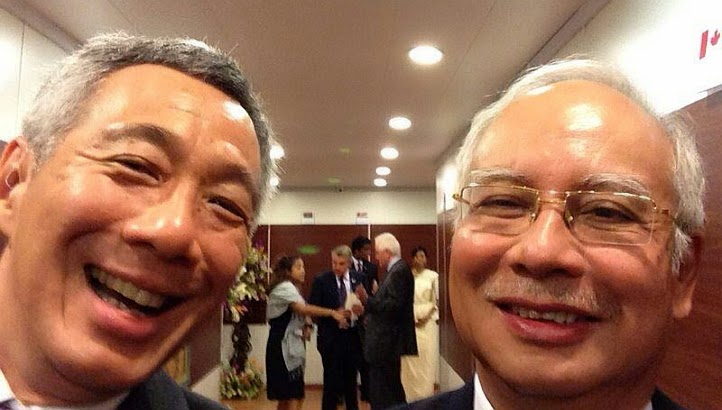 Of course Malaysia could do the same by imposing the same charges on Singapore cars entering our country.

It's our right as it was their right to do so.

But it should not be done on the tic for tac basis.

Such a decision must be made with proper rationale and study.

Malaysia need to be smart, not emotional.

Do we like the Singaporeans to come over and spend their money here? Should we discourage them from doing that?

Lets not be like the Arabs. Shoot a few rockets at the Jews and then get hit back by the thousands.

And please la, don't let the crooks in Johor use the Singapore bogeymen to make us forget the trouble that they had created.
Posted by Annie at 11:09