There is this interesting story from Johor Baru which I read just now.

I found it first at the Rakyat Post in Google news. So, instead of my usual practice of giving priority to getting the story from New Straits Times, I am going to give you all the link to that relatively new news portal. By the way the NST link is too hard too find, so too bad for them.

Here is the strory,


There are two issues in this story and I will take excerpts from the article and comment on it one at a time,

1. Collecting money from those Chinese companies doing reclamation in Iskandar


Johor will impose a payment of 30 sen for every sq ft on developers involved in sea reclamation works in the state with immediate effect. About RM104 million is expected to be collected this way.
Johor Menteri Besar Datuk Seri Mohamed Khaled Nordin said the approach, to be enforced immediately, was aimed at giving special aid to assist fishermen whose livelihood was affected by the reclamation works.
“With a total acreage of 3,237.48ha in reclamation activities in and around Iskandar Malaysia, a total of RM104 million is expected to be received.

This is clearly a knee jerk reaction to get sympathy from the people, especially the kampung folks of Johor,  as more and more excesses currently committed in Johor were being exposed.

It's without doubt that the excessive reclamation projects being carried out now from Stulang all the way to the Second Link were environmentally damaging.

The Khaled's administration is currently hard pressed to explain whether these projects really have positive environmental impact assessment  (EIA) report...if there are any such report in the first place.

Anyway, does the RM104 million to be collected worth the damage done to the environment of Tebrau Straits? Seriously, I doubt it.

The fact that these projects only serve the financial interests of certain high and mighty people and that the land was sold as free hold properties at a more than a tidy profit at the expense of the rakyat is also a reason for this knee jerk reaction by the Khaled's administration.

Khaled, why only now you care to collect the money? 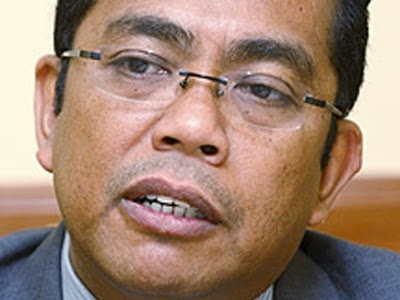 Why not from the start when you all approved those projects?

Khaled, were you sure this is your idea or is it someone else's idea and you had been "advised" to do it?

It was said in the report that the amount to be given to the fishermen has yet to be decided. So, that means it's not all going to the fishermen who will be displaced by the projects. Well, I am just going to wait and see how Khaled is going to handle the opposition people going to the fishermen villages accusing his boys of pocketing the bulk of the money. I heard DAP had parked a team at Gelang Patah just for that purpose.


He said Johor had also set up an international zone as a centralised area for foreigners interested to reside in the state.
This international zone enables the state government to limit property purchases by foreigners outside the zone that could not be fully controlled previously.
With the existence of this zone, the difference in the rate of taxes will be collected by the local authorities to be used to develop areas outside Johor Baru district.
Comment:

I believe it's going to be something like the

which was set up following the defeat of Qing Dynasty China by the British in the First Opium War (1839–1842) and the signature of the Treaty of Nanking.

It's going to be an exclusive zone where the foreigners along with the rich and mighty locals are to live, work and play.

The foreigners mentioned were however not those of the Bangladeshi factory workers or Indonesian construction coolies varieties.

This so call international zone will be the refuge for Johorean new millionaires, created by the current excesses in the State, to seek refuge from the common lowly working class Johoreans.

Really, the excuses given by Khaled on limiting property purchase and creating different rate of taxes are just plain bullshit.

The whole thing was just meant to make all the excesses, particularly the humongous sale of freehold land to foreigners kosher.

To get a better perspective on this, I recommend you all to read this NST's Jalil Hamid's article last month,


Is JB the next Shenzen of China?


Everything in the zone will be international, I guess. It will become a state within a state.

Well, just look out for more laws to be enacted in the State assembly which will cater for the exclusiveness of this international settlement.

It's going to be a rough ride for Johoreans as it becomes clearer now that the powers-that-be in the State will bulldoze their way through to get their personal vested interests served.

You all rakyat can cry blood, and they wouldn't give a shit.
Posted by Annie at 12:05