Believe it or not, the first one that I opened was this one, 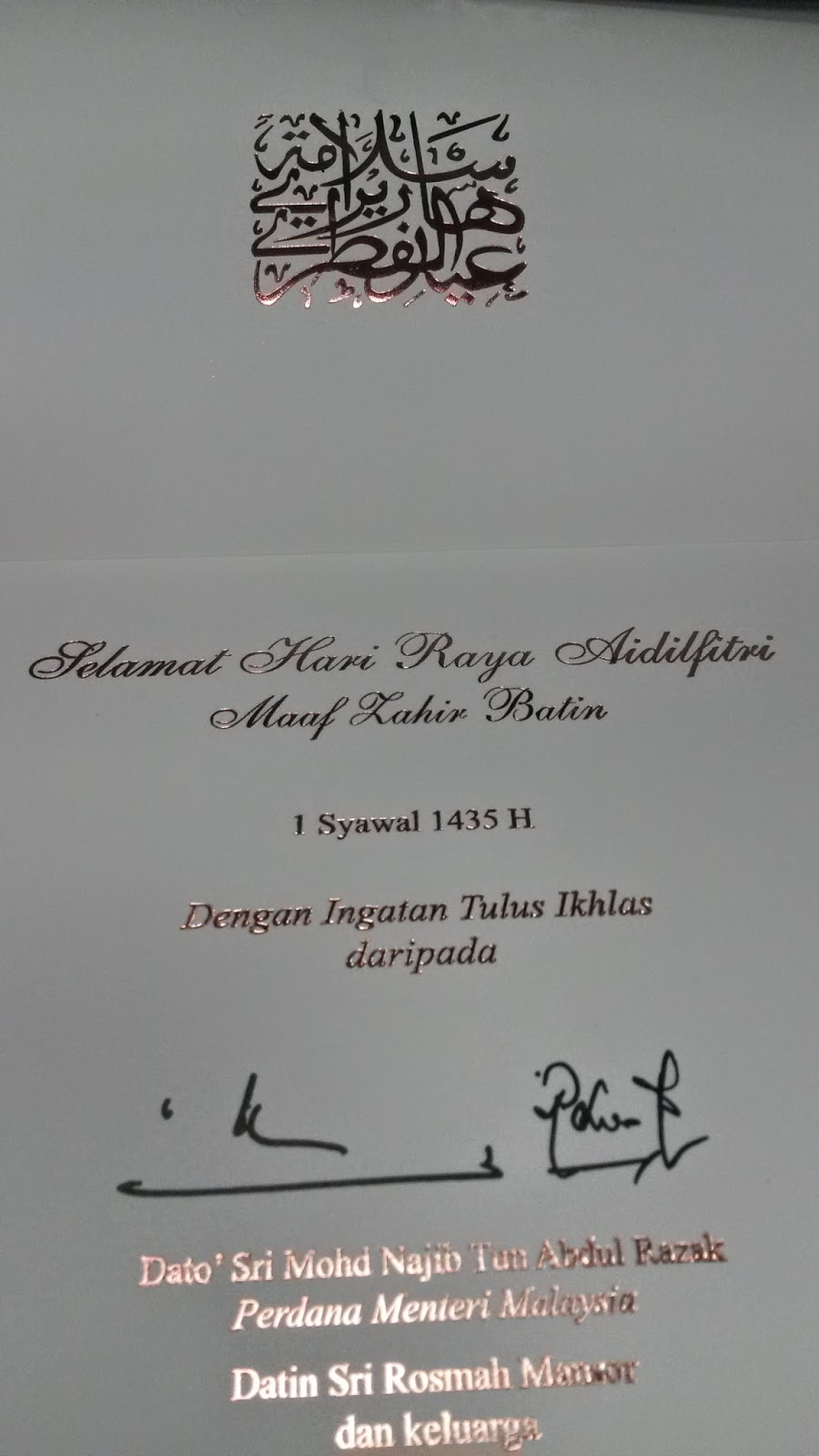 Yup it's from the Prime Minister, his wife and family.

Well, I have met Datuk Najib a couple of times. He is a nice guy.

But of course he doesn't really know me all that well.

And that Hari Raya card is really send by his people and not by him personally.

They probably send out hundreds if not thousands of those.

Still, it's flattering to be the recipient of such a gesture from the Prime Minister (or his office to be exact).

Anyway, the person whom I think was really responsible for sending that card to me is this guy whose Hari Raya card I received along with that of his boss, 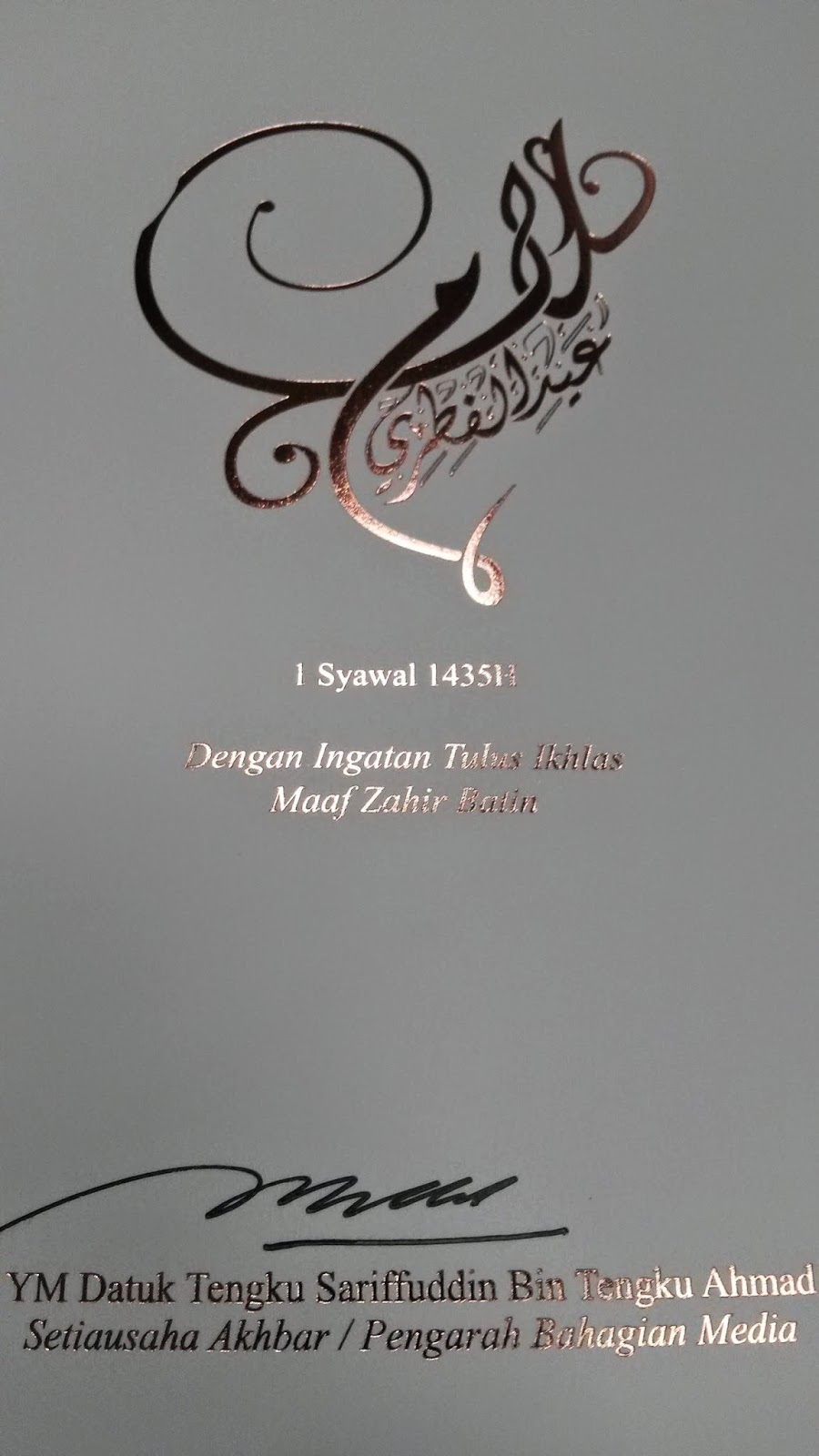 Well, Tengku, I know it's a little bit early, but I want to wish you and Datuk Najib, along with families to have a good Hari Raya. 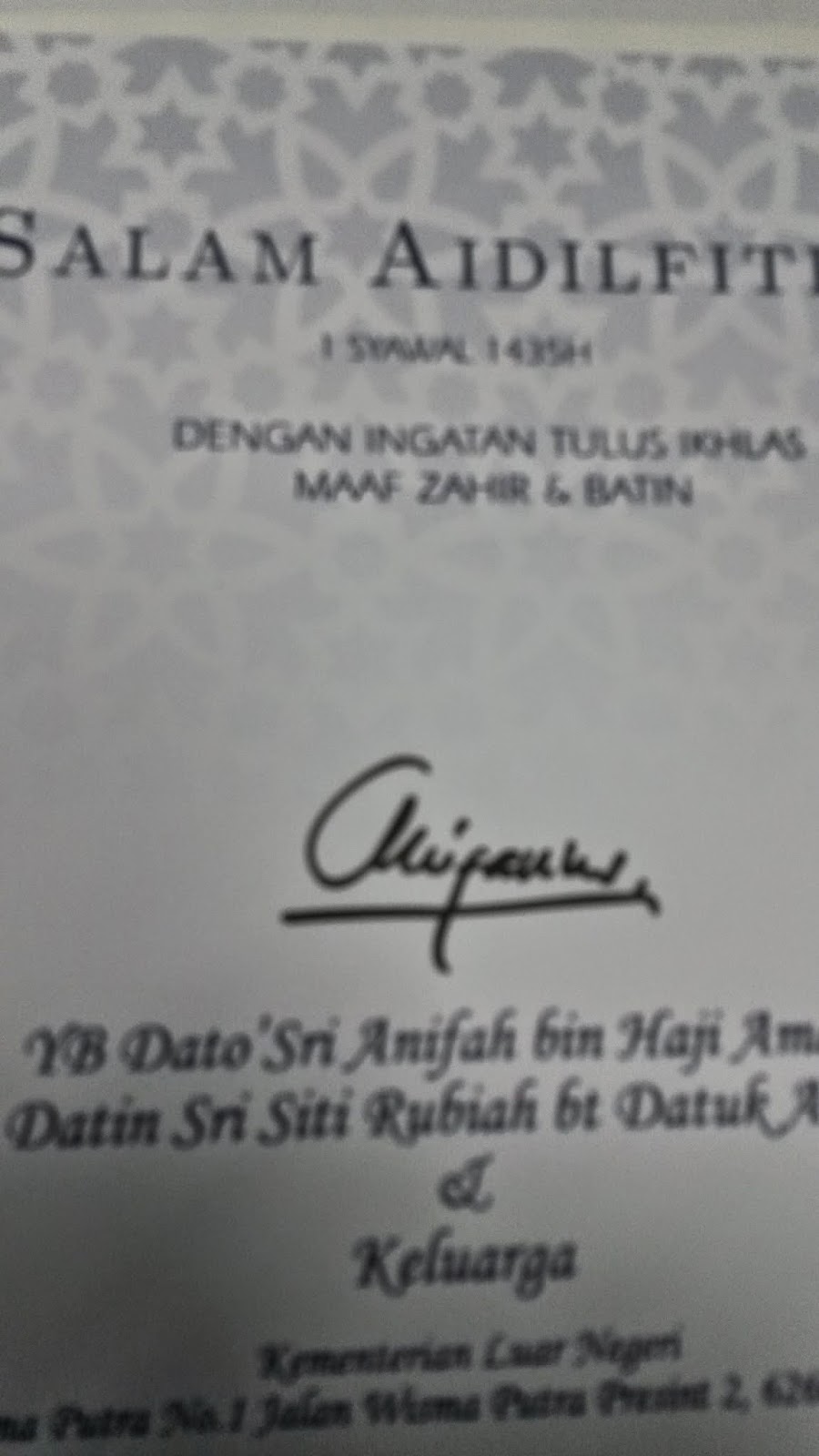 Thanks Datuk Anifah. Wishing you the same.

And of course thank you and the best Hari Raya wish also to his press secretary Datin Nirvana Jalil Ghani, who is actually the one who send me the card along with the one from herself.
Posted by Annie at 13:01