About EDL, haze and Empress Ki

First, let me write a bit about the Eastern Dispersal Link (EDL) issue in JB.

You can read the news at Bee Kim's blog here,

There has been quite an outcry over the new toll charges at the Causeway,

One of the complaints was that the BN government had before the last general election promised to buy the EDL highway from MRCB and make it toll free.

The promise was made despite the initial proposed toll charges being meant only for vehicles coming from Singapore.

As far as Malaysians are concerned, the toll hike primarily affects those who everyday drives to work in Singapore from JB.

I don't think others who occasionally drives through from either sides of the Causeway are going to really feel it too much.

It's a fact that this group of people who can afford to drive into Singapore to work there instead of riding a motorcycle or took the bus are mostly Chinese with relatively good job in the island republic.

Bear in mind that the promise by BN was made at a time when the ruling coalition was bending backward to please the Chinese community.

The outcome of GE13, however, suggested that no matter what BN do for the Chinese community will never be appreciated by them.

All 14 Chinese majority State constituencies in Johor went to DAP.

BN leaders such as former MB Datuk Abdul Ghani Othman who had done a lot for the Chinese community in Johor got burned at the polls. That despite promises by his old Chinese friends that he would get their support.

Now, I guess the Malay-dominated BN government has become smarter. Enough of trying too hard to please the Chinese community.

Just be fair to them. That is good enough.

After all, it was silly to spend so much money to buy a highway and make it toll free just to please a handful of well-off people who could afford to drive to work in Singapore.

Really, if you drive along the EDL in JB without going into Singapore, it's free.

So, I don't know what the so much fuss is all about.

Pulai MP DS Nur Jazlan Mohamed was among the angriest.

You can read about it at Outside the Box's,

What's wrong Jazlan? So many of your constituents drives to work in Singapore is it? Do you think they will appreciate you and BN if there is no toll at the Causeway?

Anyway, if you think the toll charges at the Causeway is now too expensive, I would like to suggest for you to try going through the Second Link instead. I think it's about the same, plus it's not so congested there.

Okay, enough of that. As if MRCB or BN pay me to defend them....

Today is the second Hari Raya.

Someone actually asked me out but I declined.

Why the hell would I want to go to Sunway Lagoon with him on a day like this.

I rather continue sleeping at home.

Anyway, the haze is so bad here that I don't really feel like going outdoor.

I think the haze has become a permanent feature of our KL environment.

Whenever I go outside these days, I put on a surgical mask.

Almost every weekend now, I would drive out of KL to get a proper breather.

My favorite is either Cameron Highlands or the East Coast.

But today, I think I just want to rest at home and continue watching some Korean drama.

I am a bit hooked on these Korean dramas.

They got the winning formulae, especially for girls.

Most of the story line have it that there is a beautiful girl whose love is being sought after by at least two men.

Girls love to fantasize about that sorts of nonsense. Myself included....hahaha.

At the moment I am watching Empress Ki at Episode 22. The serial has more than 50 episodes.

It's about this girl who had the emperor of China and king of Korea, both dying for her love.

Well, what more could a girl ask for isn't it?

And the girl was not even that pretty.

I think the guy who played the Chinese emperor was prettier and more girlish than her. 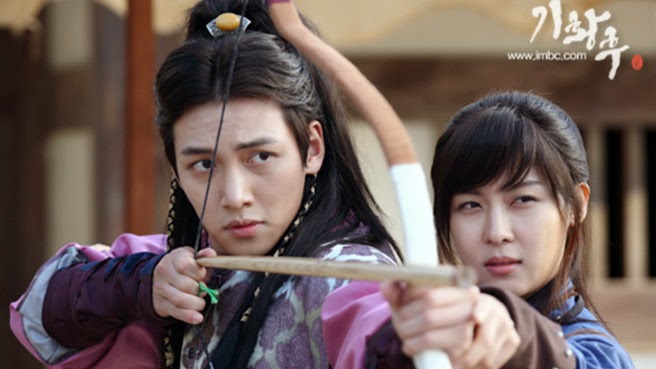 All not so pretty girls like myself would love to watch this drama.

Okay....enough of my nonsense rambling.

I need to go to toilet now for big business.

It's all those Hari Raya spicy food that I have been eating since yesterday.