Mukhriz will be Kedah MB for a very long time

In my posting The less than inspiring Umno leaders  earlier today, I had said tomorrow I wanted to write about why Mukhriz Mahathir will not ever make it to the Umno's national level leadership after losing the Umno vice-president race on Saturday.

Apparently, I just found out that I will be very busy tomorrow and not likely have time to write. So, as not to disappoint anyone who may be waiting for that posting, I'm writing it tonight instead.

In that posting earlier today, someone commented,


This mfma was indeed right.

I was planning to write about that very thing.

In the aftermath of the 1999 general election, which was the worst for BN in 30 years due to the reformasi upheavals, Umno held its party election the next year.

Ghani Othman was the outsider vice-president candidate but was riding high at that time as he was seen as managing to hold things together in the key state of Johor during the general election where only 36 per cent of the Malay votes went to Umno. 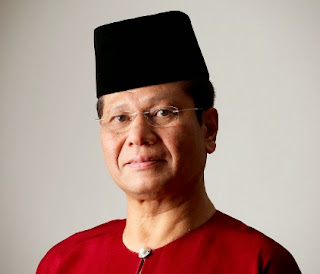 He was a known good administrator of the state, very principled and a classic traditional no nonsense Johorean leader.

Ghani got the second highest number of nominations from the divisions, losing out only to Najib Razak.

But when the final result was announced, Ghani was at number five out of six VP candidates.

It was the only time Ghani had contested for VP.

For the remainder of his career, Ghani concentrated all his energy at administering Johor, keeping the infamous Johor Umno warlords in line and making sure the Malays in the kampung of the State enjoy the same benefits of development as those in the urban area, thus his holistic development approach.

He went on to become the longest serving Johor MB of 18 years.

I once asked him why he never tried the Umno VP thing again.

He just smiled but didn't answer my question.

But there was another time when he called me one morning several years ago and we talked about what happened which caused him to lose that VP race in 2000. I'm not at liberty to write here what it was, but suffice to say that I do understand and accept Ghani's reasons as to why he never tried again to be at the top of the Umno's hierarchy.

I believe things would had been different for Umno had Ghani won that vice-president race in 2000. The party could have a highly efficient and incorruptible leader, who could be a good role model and continue the effort to improve Umno.

It was a very unfortunate missed opportunity.

The same thing is happening again.

Mukhriz could had served Umno the same way Ghani could had been in 2000; if he had won the VP race.

But of course he didn't win.

I believe he will from now on be like Ghani used to be, concentrating his energy for his home state.

He should know now that the odds are against him to try again.

Like Ghani was, he doesn't have the national platform to promote himself as he will be confined in his state over the coming years.

Those in the current Umno leadership line-up will from now on do everything they can to suppress him so that he will never be a threat to them again at the national level.

Therefore, I think Mukhriz will be a Menteri Besar of Kedah for a very long time. 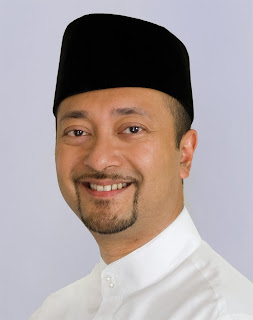 He will still be the Menteri Besar of Kedah beyond 2018 when BN is likely to be disbanded after losing the GE14.

Yes, that's just my prediction, but the way things are with Umno now, the likelihood of such things happening were very real.

Seriously, for instance, Khaled Nordin has been the Menteri Besar of Johor for more than half a year. 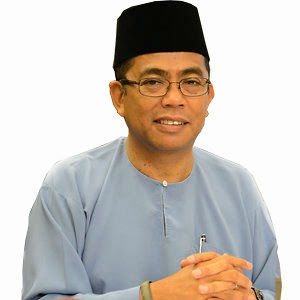 What has he achieved so far or what Johoreans expect him to achieve at the end of his first year in office?

Anything big brewing up for the good of Johor so far, Khaled? Apart from selling the Malay agenda card, what were your plans?

How are your boys doing? Are they rich already?

Seriously, I have not been keeping tab of what is happening in my home state Johor as I don't have the heart to do so.

The last time I did was a few months ago when I cringed from what I heard. After that, I didn't bother to check anymore.

If you want to know why, go and ask the people from JCS who know what's happening in Kota Iskandar.

But you know what, if Mukhriz are to contest against Khaled in Umno, he will lose. Why? Because Khaled is in the leadership line-up, not Mukhriz.

But doesn't matter, let's see whether Johor will turn into another Selangor in GE14.
Posted by Annie at 23:21