Sound advice on Umno by Warrior 231

Yes, I works on Sunday too.

Too tired to write and went straight to sleep.

Woke up just now and tried to write. Unfortunately my brain is still not fully up and running yet. Very exhausted. 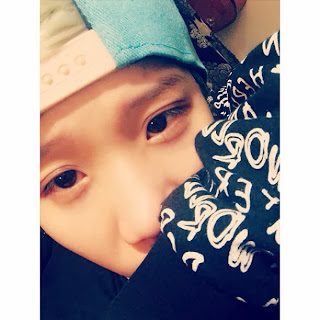 
Anonymous13 October 2013 15:33
It is useless arguing against imbeciles, Annie. They will twist their knickers any which way to win the argument, so it is pointless taking them on. And for all you know these "true" supporters are of the makan suap, perut boroi variety. Better you enjoy 'ur Sunday siesta than getting livid with a bunch of el stupidos.

The point about the UMNO elections is that it was supposed to rejuvenate the party, reinvigorate it and reposition it as the vehicle to defend Malay/Muslim interests within the context of the Malaysian nation state. That was what the voting pattern in GE 13 intimated. Time and again the feedback I got while I was on the ground with the grassroots Malay was that this was and is UMNO's last chance. The Malays, whether rural or urban, voted in UMNO because they hung on one forlorn hope:

1. It will reinvent itself as a party that puts Malay interests first.

And they did so not because UMNO was the best vehicle but because there was NO other choice at all! Now these folks are mighty disillusioned.

The stats dont lie, they never do. PAS votes in 2013 as usual hit their limits up of around 15%. That was about as much as they could get. Look at Wiki since 1999, to see the pattern:

Yet despite almost hitting their limits, they could not budge UMNO which still garnered around 30%. But that 30% has been declining from around 35% or so in 2004. And who has been gaining the Malay vote at the expense of UMNO and PAS, why PKR of course!. UMNO has been propped up not by its core support all this while but by the Malay fence sitters who have opted for it as the lesser of two evils especially when one portion of that evil has the DAP in tow.

Now that cohort of fence sitters are clambering back onto the fence, not because they pro or anti Mahathirites but because they are fed up with broken promises and outright lies. And campaigners on the ground are feeling shortchanged of having to wave the red rag against a raging bull of dissatisfaction so much so that many have virtually given up. It is a sinking ship actually and as an added dose of reality, dont ever assume the contemporary rural Malay is stupid or can be taken for a ride. He/she is as astute as he/she can be. In 2013, they were pissed off with PAS and leery of PKR. That is increasingly no longer the case as falling rubber and palm oil prices, questionable FGV purchases, rising living costs and limited employment opportunities for their local university educated offspring eat into their goodwill. And those educated offspring are bringing tales of spiraling house prices, marginalised existence in cities and pro-Chingkie policies back to their home villages. And with PAS moving back to touch base with its conservative heartland and PKR launching a Malay charm offensive, you got the perfect storm in the making for GE 14.

Personally, I reckon the establishment stance has also a lot to do with global geo-politics hence the disconnect with what is going on at the ground. Simply put, they are beholden to certain geopolitical heavyweight's interest as the opposition are, know it and have given up the ghost and have opted for gasak time.

So even if the ordinary Malay shifts his allegiance come 2018 (as I expect him to), he is screwed both ways unless he does the bidding of his ultimate master.

But I understand your predicament and that of your fellow blogging pals. My take is simple: since our counsel is worthless,by default our vote is automatically so. So why bother at all. Sad but true.

Okay, I need to go to work now.

I wish I don't have to, but still have to cari makan.