Here are the reports by pro-Pakatan news portals:

To save Malaysia, Kit Siang suggests new coalition with MPs from BN, Pakatan

Kit Siang, who are going to be in this Save Malaysia Pact?

Oh okay, non-Muslim PKR MPs along with those from Sabah and Sarawak to join in also. 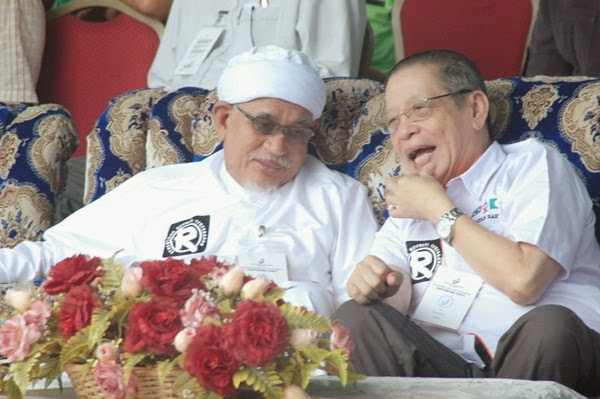 Continue to be a bloody hypocrite, okay.

They are the ones who started this.

I am not comfortable too with the hudud thing, but if Kit Siang wants to set up a coalition against it, then I am all for the Islamic criminal laws being implemented on EVERYONE, and not just Muslims.

Anything but DAP, okay.

Remember that Anything but Umno campaign? Now I am returning the favor.

I rather live in a crazy Malaystan than being ruled by DAP.

At least in the future Malaystan, I can still say no to being oppressed.

I can still have my Dragunov rifle.

It's not against hudud isn't it to have a Dragunov rifle?

In Malaystan, anyone who tries to be funny with me will get a bullet in the kneecap, okay.

Come on Muslim MPs, vote "aye" for the Pas' private members' bills in Parliament next month which will set the hudud ball rolling in motion.

It will probably be fun just to look at the faces of Kit Siang, his ultra irritating son and the other DAP evangelists when it happened.

Errr....if I was not mistaken, the DAP gang and their fan boys and girls had said Pas is an okay bunch and non-Muslims have nothing to fear about hudud before the last general election in 2013.

Well, in case you want to know why they are worried, read this prediction of mine which I think is also the DAP people's prediction: