I read with interest this post by Datuk Nuraina Samad,

Samad Ismal: Of friends and foes.

I did some reading on this guy Othman Wok and I can't help but to conclude that he is the typical Malay lackey. 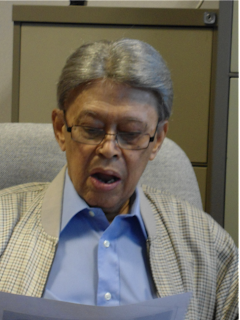 The only real talent that such a Malay posses is on how to excessively kiss asses and slandering others to promote himself.

Here is among the articles written about Othman Wok,

The Malay lackeys are the type of Melayu who reminds me of Malcom X's "house negroes and field negroes" theory.

If Othman Wok is an African American of Malcolm X  era, then he would be a house negro.

As a reward, a house negro gets to live in the mansion to serve his master, wear better clothes than the field negroes who work on the cotton fields and eat better food too, whatever left eaten by his master.


Othman Wok fares better than that though, he got to be a minister (though the portfolio was not so great), and became board of directors member of several companies after retiring from politics.

I actually know quite a number of Malays like Othman Wok.