I have this bad habit of always trying to defend someone who is being attacked by so many people and powerless to fight back.

Most of the time, it doesn't even concerned me.

Honestly, I was not trying to be noble or anything like that.

It's just that I can't stand the sight of someone suffering such bullying.

Of course in the end, more often than not, I got clobbered along with the poor bastard.

Occasionally though, I did win the fight for the victim or at least gave him/her some comfort that they were not suffering alone.

I know, it's quite stupid.

But what to do, I am just like that.

Most of the time, the person I was trying to help didn't even know who I am or what I did.

But, honestly, I am not bothered if I don't even get a thank you from the person.

Never mind, I was actually just pissed that she was being so terribly vilified when I wrote this,

Megalomaniac editor who made me pity Rosmah 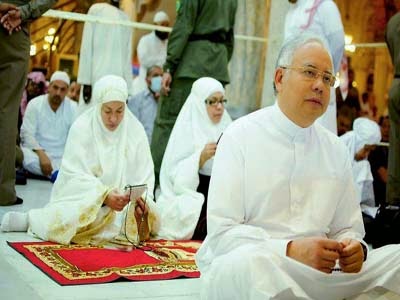 Anyway, I am actually now in serious trouble because of this bad habit of mine.

As I said, it's a bad habit, so, most of the time I have to suffer for it.

Okay, I had previously wrote about my problem at my work place.

Something which to me is bullying but according to others was disciplining.

I may not have good management skills but I believe that to built a good working environment, we need to motivate, guide and inspire our subordinates.

I don't believe that humiliating them in front of others will do any good, even if they indeed had done something wrong.

By the way, it's no fun to be disturbed by a wassap message when I was about to sleep only to find out that it's my colleague being whacked in public again by the bosses for some silly work-related mistakes.

To cut the story short, while in a moment of madness, I did something crazy.

I sent out a message that I did something terribly wrong which I actually didn't do.

It's just to make the whole thing stop.

Of course I got in trouble because of it.

I will know my fate soon.

Worst case scenario, I will be sacked or forced to quit my job.

But never mind, I am ready for it.

My only hope is that my colleagues will learn a lesson from it : that we should  not trample on a person's dignity no matter how much we dislike the person for their lack of skill or talent or personality or whatever else.

Please don't do that even if the person is Rosmah, okay.
Posted by Annie at 23:55