I don't think I should elaborate on it. Just tourist stuff.

In the evening my traveling companion and I went to Akihabara to buy some anime stuff that my cousin asked me to get for her.

Unfortunately, we took the wrong train and got lost.

By the time we got onto the right one and reached the place, it was quite late. 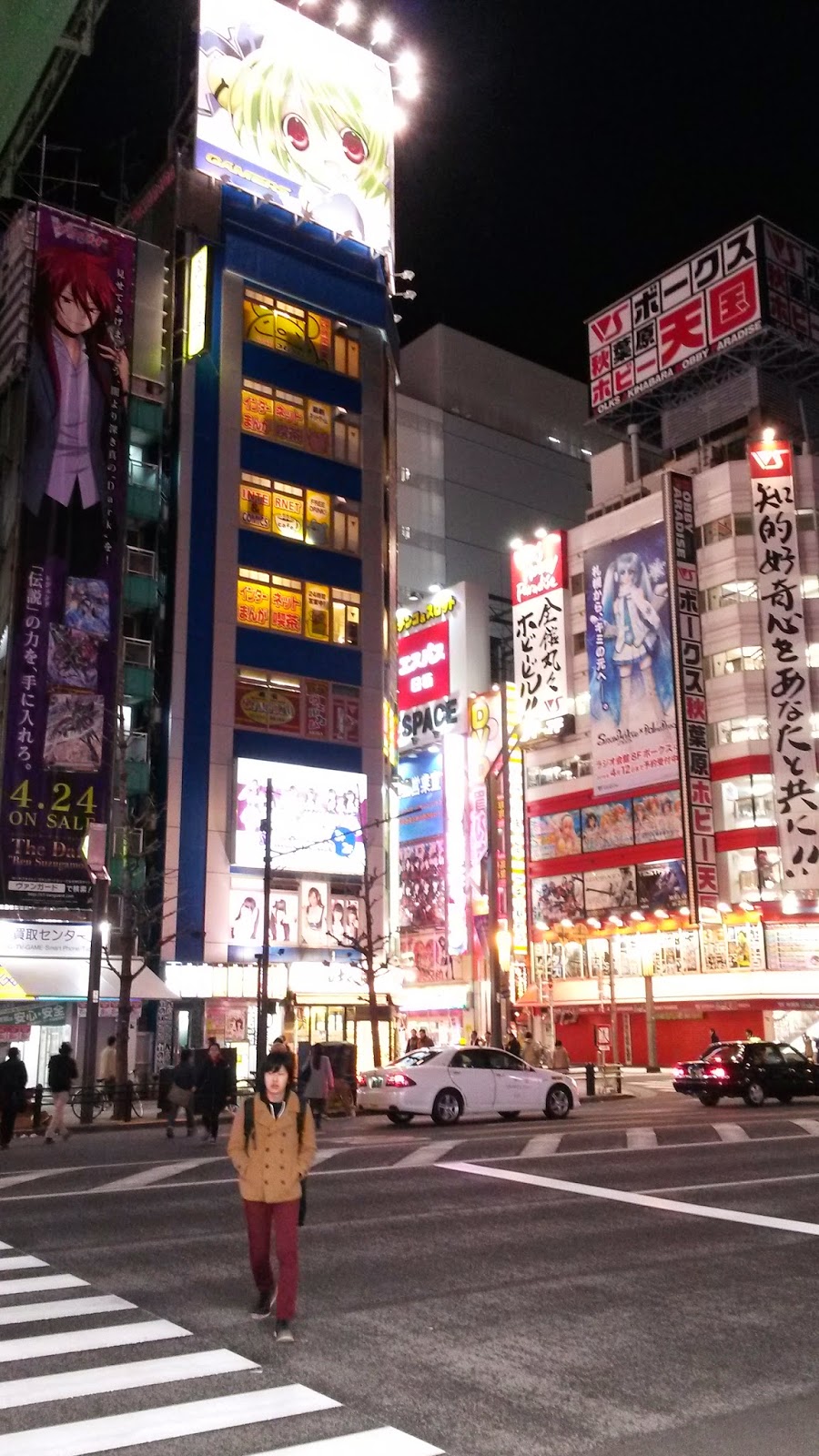 Most of the shops closed between 8 or 9pm. The makan places closed quite late though.

So, we were rushing around to find what my cousin wants.

All the about 20 anime shops we went to don't have the stuff.

My cousin is a fan of the dark anime genre while most of the shops sell the "sailor moon" types.

Since the shops were closing anyway, we gave it a rest and settled down for dinner at a soba restaurant.

Most restaurants here specialized in one type of dish unlike those in Malaysia.

I had a set-meal of rice, tempura, fried vegetables and noodle soup. Also air kosong. 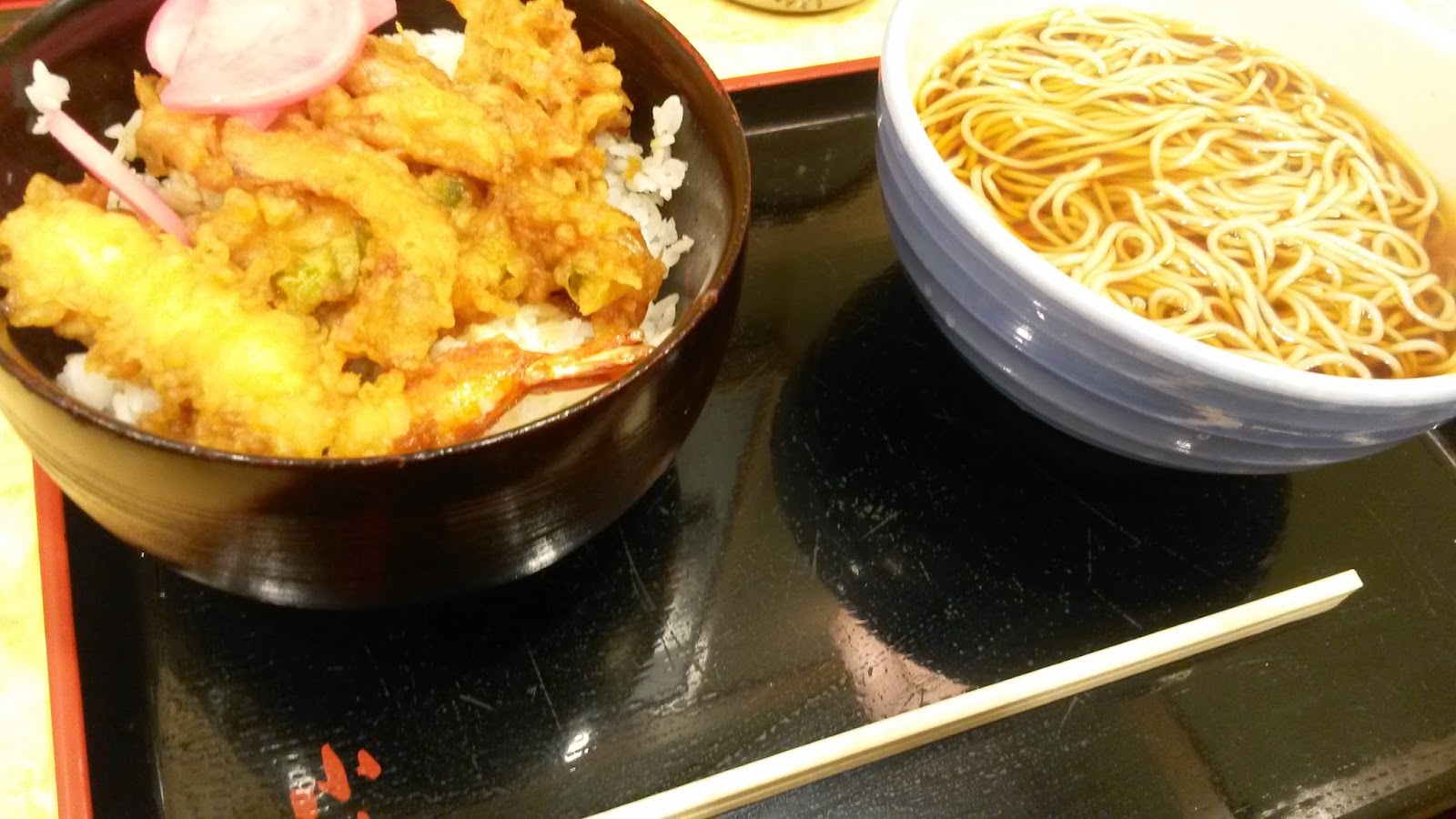 After dinner we went walking about a bit.

There were lots of young cosplay girls promoting the nightspots and I don't know what else. 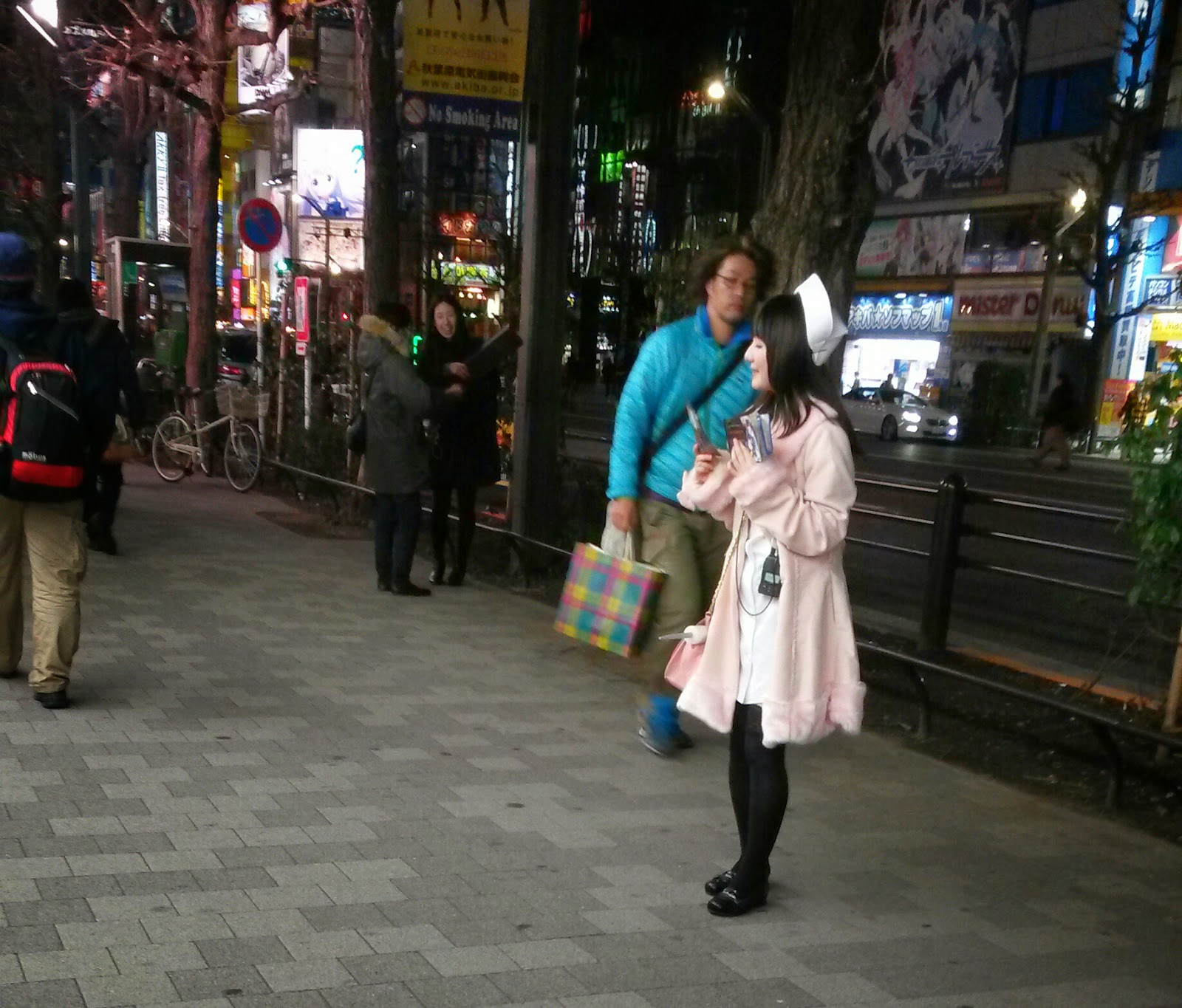 It reminded me of a story told by my friend, a senior special branch officer who when he was much younger used to escort former deputy prime minister DS Anwar Ibrahim.

The guy once escorted Anwar to Japan and found out that he liked going to weird places.

We went back about 10pm and reached our hotel room about an hour later.

My traveling companion is now snoring.

I tried not to read news from home as I don't want to spoil my holiday.

I don't have the time anyway.

Just restrict myself with reading two blog posts per day which title I found interesting.

Just light stuff such as this,

Surviving in the Cat World

Okay, I'm getting sleepy too now.

Need to get up early tomorrow to catch a train going north.