There was a head shaving event in front of the parliament building yesterday morning.

Some Pakatan members of parliament and their supporters took part in the event which was to demand the release of DS Anwar Ibrahim who was jailed five years for committing sodomy.

Good effort, but I think they did it all wrong.

So common lah these head shaving thing being done like that.

If you look at the picture, I think you will notice that the shaven guys were just some obscure Pakatan MPs and unknown members of their cheer group.

They should have got more prominent leaders to do it.

For instance, that lady on the right of the picture should volunteer for it.

She is after all the PKR Wanita chief. 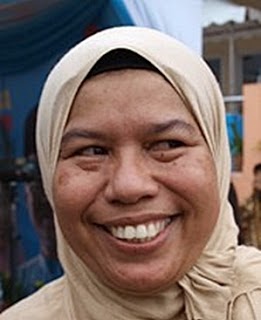 Shaving her head for her de-facto leader would not be too much of a sacrifice, I think.

The ulama probably won't be too angry with her if she did that.

The aurat is the hair, not the head, I think.

Once she is bald, I think she doesn't have to wear her tudung anymore.

Then, other than showing her love for Anwar, she can also really scare the dastardly Umno people with her looks.

I know, she is already looking scary now, but if bald, I think she will be even scarier.

I would also like to suggest for her to shave her head herself, possibly using real shaving blade instead the electric shaver that they used yesterday.

That will be real drama, okay.

All the foreign media will definitely cover the stunt and she will be world famous.

Well, if that is not drama enough, I recommend for her to instead shave other parts of her body other than her head.

That will definitely get the world's attention.

Even Obama and Putin will likely want to have a look at how she do it, out of curiosity.

Who knows, maybe they may pressure PM DS Najib Razak to persuade the Yang DiPertuan Agong to grant Anwar his pardon from prison so as to avoid such harrowing incidents from happening again.

How? You all agree with me or not?

Anyway, later on, if she is not comfortable being bald, she can always wear a wig. 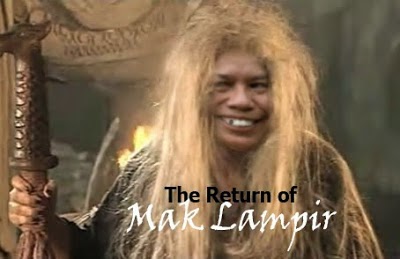 Oh, by the way...I wonder if Nurul Izzah would want to shave her head for papa. I think she would look stunning being bald.