In defense of Forest City 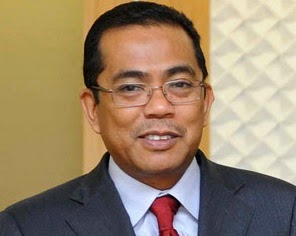 Here are reports by NST and Bernama:


PASIR GUDANG: Johor Menteri Besar Datuk Seri Khaled Nordin has allayed fears that land in Kampung Pok and nearby villages will be acquired to give way for the controversial Forest City project.
He said certain parties had confused villagers by spreading rumour about land acquisition, hoping to create unnecessary fear and worries among the villagers.
"The blueprint of the project did not indicate any forms of land acquisition from the villagers. This includes land for the construction of an access road from Forest City which will pass by the villages.
"On concerns about land reclamation, I would like to stress that reclamation occurs everywhere, including Singapore.
"The Environmental Impact Assessment study has compelled the project developer to address several key issues related to pollution and the environment," he said.
Khaled was speaking to reporters after attending the ground-breaking ceremony of the Taman Seri Albion project here today.

Johor Menteri Besar Datuk Seri Mohamed Khaled Nordin (pic) said it was important to ensure issues such as environment were given full attention and regulations were adhered to.
"We hope the developer complies with the requirement to submit an EIA report, which is very important for us to ensure all concerns, including from the environmental aspects, are given attention," he said.
He said this at a media conference after officiating the earth-breaking ceremony of the Se Albion Industrial Estate, which is developed by United Malayan Land Bhd (UMLand), in Cahaya Baru, Jalan Kong Kong in Pasir Gudang today.
Last September 2, a public dialogue on the project's Detailed Environmental Impact Assessment (DEIA) turned chaotic when the developer was confronted with all kind of enquiries from the residents in Kampung Pok affected by the project.
They had generally expressed dissatisfaction for not being consulted before the implementation of the project, which involved the construction of a 1,600-ha man-made island, which was seen as polluting the environment and jeopardised the marine ecology that was also their livelihood.
Prior to this, sea reclamation to build the island, which was 30% completed, was voluntarily halted by the developer last June 15 despite never receiving any notice from the Department of Environment.
The project has generated a lot of public attention as there were claims that the villagers' land will be taken for the construction of 10 golf fields to complete the Forest City development project.
However, Khaled refuted such claims, saying that the government would avoid taking their land for building roads to Forest City and would inform them if it took place.
The Forest City project, which has gross developement value (GDV) estimated at RM600 billion on reclaimed land, is a joint venture between KPRJ, a Johor state government owned subsidiary and China-based developer Country Garden Holdings Co Ltd. – Bernama, September 29, 2014.

Now that Khaled had said that the villagers are not going to be affected by the mega project, I guess then it's all system go for it to continue.

I also guess that when earlier this month that super rich guy Daeng Malek and geng went to meet the orang kampung in the area, they were just there to sembang-sembang minum kopi or enjoy the famous asam pedas of Kampung Pendas.
Guess, they were not there to coax the villages to sell their land then.

Hahahaha....
Anyway, these are my previous posts on the issue:

Eight Malay villages worth one golf course in Johor