I really admire the way the Singapore government take advantage of its own people.

They do it so blatantly and most of the time got away with it by blaming others.

The latest is when they wanted to increase their Causeway toll charges by up to about 500 per cent, effective Oct 1.

You can read how they blame it on the Malaysian government for this latest kiasu move at this BigCat's posting,

I had previously argued that this will affect the Singaporeans more than Malaysians.

You can read about it here, A fight Singapore cannot win

Singaporeans simply cross over the Causeway more than Malaysians.

They need the space over here, particularly during the weekends.

They are the ones who mostly have to pay that additional toll charges.

Similarly, as for vehicles transporting goods, such as vegetables, fruits, fish and such, the additional costs will be off loaded on the Singaporean consumers.

Malaysians working in Singapore mostly travel on motorcycles and buses. They don't really have to suffer by much or nothing at all from the toll increase.

Those who drive daily to work in Singapore are rich enough, I guess, that they shouldn't be complaining anyway.

Anyway, do Singaporeans really care about this toll increase? Will they stop coming to Malaysia?

I think they will grumble a bit. But that's about it. They are rich people anyway. It's not cheap to own a car in Singapore, okay.

And of course, they will blame it on the Malaysian government as that's what their government wants.

The Singapore government is really smart. Or they think they are smart. They see an opportunity to make money and did so.

They even think they look good by living up to the Singapore's kiasu ideal of not to be beaten in anything by their neighbor.

And on top of all that, they managed to do it by blaming the Malaysian government.

But I don't think the Singaporeans are that stupid not to see what their government are doing.

They may not want to or dare to voice it out, but I believe this is what they are saying between themselves :

Yea, I don't think Singaporeans were that stupid not to ask those questions. 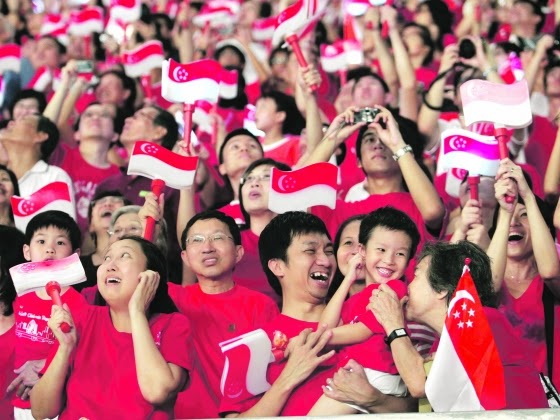 Oh, by the way, my mother drove down grandma back to aunt's house in Singapore today.

I hope she comes back before Oct 1.

Otherwise she will have to pay the additional toll charges.

It's such a nuisance if I have to listen to her grumbling about such things after that.

After this, she better just send my grandma on a plane down to Singapore instead.