Purple is a bit gay for stormtroopers

I'm always of the opinion that the color of pink and purple are only suitable for girls.

It's just not right for a guy to wear pink or purple shirt, unless the guy is a gay. 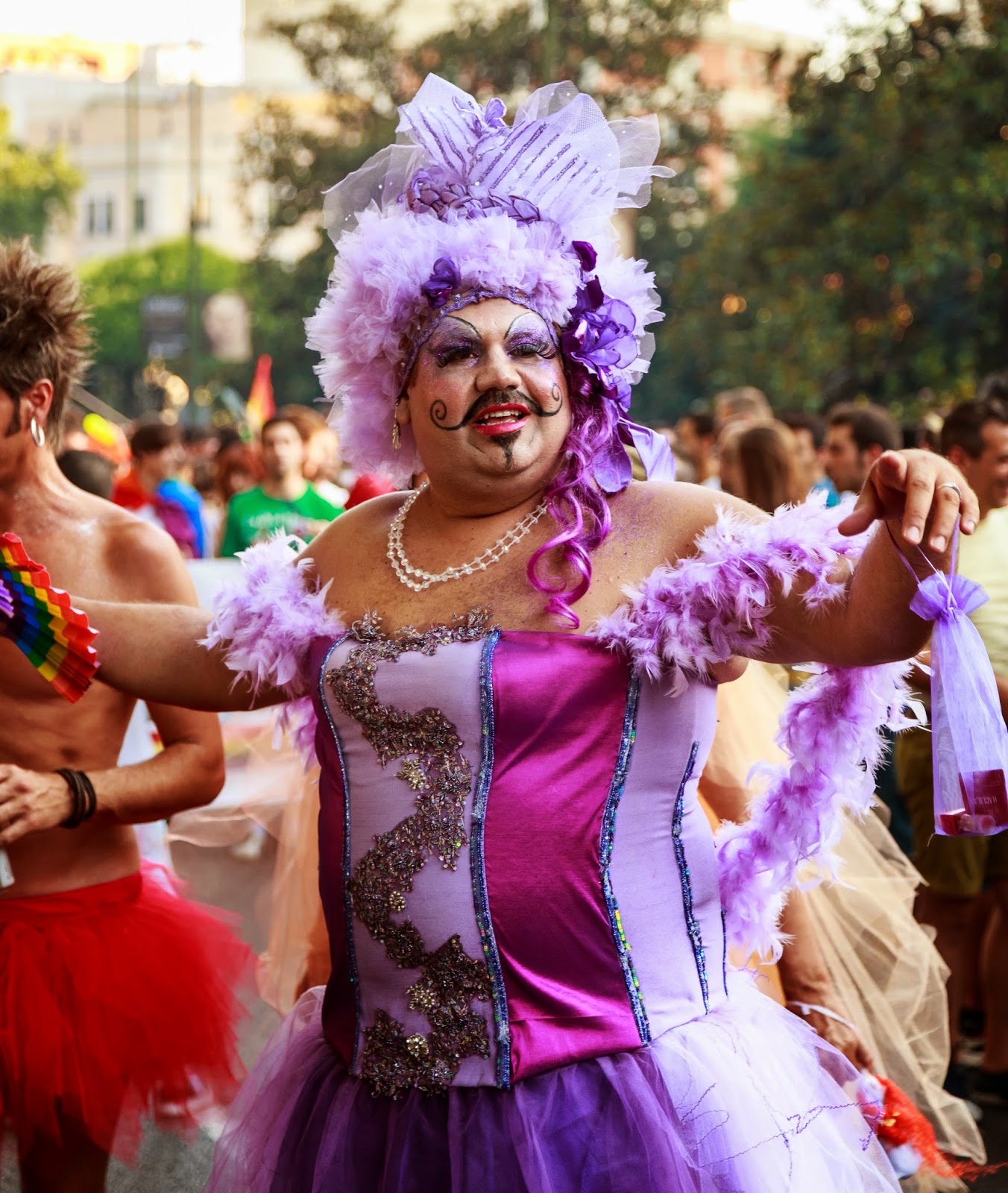 Well, at least that's how I see it. The picture above is from the Gay Pride march in Madrid last year.

Purple is sometimes associated with the Lesbian, Gay, Bisexual and Transgender (LGBT) community. It is the symbolic color worn on Spirit Day, a commemoration that began in 2010 to show support for young people who are bullied because of their sexual orientation. The purple hand is another symbol sometimes used by the LGBT community during parades and demonstrations.

So, when the handsome DAP Penang chief minister Lim Guan Eng choose for his Pasukan Peronda Sukarela (PPS) or Voluntary Patrol Unit to be clad in purple, I thought, hmmm...why purple la?

Guan Eng should really choose a  more macho color to clad his stormtroopers.

A name change would also be good. Guan Eng Guards or something like that. More apt for the goons' real function of intimidating political opponents.

Pas seems to be more good with these sorts of things.

The name of their Unit Amal, sounds simple and decisive. And their maroon uniform is the right macho color too.

Guan Eng should learn from past megalomaniacs on these sorts of things.

Storm Detachment or Assault Division, or Brownshirts functioned as the original paramilitary wing of the Nazi Party. It played a key role in Adolf Hitler's raise to power in the 1920s and 1930s. Their main assignments were providing protection for Nazi rallies and assemblies, disrupting the meetings of the opposing parties, fighting against the paramilitary unit of the opposing parties and intimidating Slavic and Romani citizens, unionists and Jews.

Benito Mussolini had his Blackshirts or Milizia Volontaria per la Sicurezza Nazionale :

Voluntary Militia for National Security was inspired by the military prowess and black uniforms of the Arditi, Italy's elite storm troops of World War I, the Fascist Blackshirts were organized by Benito Mussolini as the military tool of his political movement. The founders of the paramilitary groups were nationalist intellectuals, former army officers and young landowners opposing peasants' and country labourers' unions. Their methods became harsher as Mussolini's power grew, and they used violence and intimidation against Mussolini's opponents.


See Guan Eng, that's how to name and clad stormtroopers properly. Macho and sophisticated. Really, you need to do a makeover of yours.

For now they look wimpish and a bit girlie la.

No wonder the police was not intimidated by Guan Eng's threats and tantrum when the  PPS was declared illegal and some of its members herded like cattle into custody yesterday.