Looks like we are not getting rid of all those laws the Pakatan leaders used to describe as being repressive and draconian after all.


The moratorium that has been withdrawn is for the Prevention of Crime Act, Prevention of Terrorism Act, Sedition Act and Security Offences  Special Measures Act.
“There is a moratorium on these laws but in the current situation, considering what happened at the temple, they can be used by the police although they are being thoroughly re-evaluated,” said Home Minister Tan Sri Muhyiddin Yassin after he had met police personnel on duty near the temple today.
Ya lah, better keep those.

Otherwise don't know how the authorities are going to handle all those crazy racists.

Just nice timing too. All those Pakatan leaders charged with Sedition Act for instance had been released.


Tian Chua, who was represented by lawyer N. Surendran, said to reporters outside the court that he felt relieved that the case has finally ended.
“I think that in the new political environment, it is not appropriate for anyone who expresses himself in criticising the government to be penalised under the Sedition Act.
“The Act is outdated and should be abolished. It should no longer be applied to restrict public opinion under freedom of expression.
Ha ha ha...wonder what Tian Chua has to say now.

Come to think of it, I have to agree that when it comes to these sort of things, the Pakatan people were right that the previous BN government under Najib was no good.

It even got rid of the ISA.

I remember Najib came under fire from his own supporters at that time when his government abolished that law.

Hey, maybe the Pakatan government can revive that one.

What do you all think?

And we all can say, 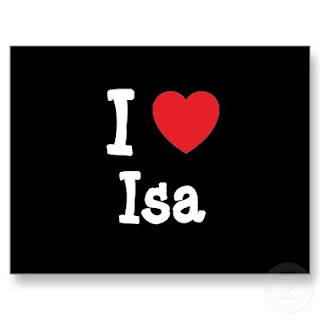 It's much more effective, okay.

Some people start being funny and the police can just pick them up and no question can be asked.

Much better than having all these rioting nonsense.

In fact, I think if we have the ISA, Najib, Rosmah and the entire Umno leadership would be behind bars by now.

No need to go through the bothersome trials and such.

No need people accusing us of public lynching or trial by media.

Singapore still has it, you know.

Whatever is Singaporean, is good for us.

You don't believe me, go ask DAP people.....except MRT lah, that one good for Singapore but not good for Malaysia....because built by Najib :)