When an old man can't let go of his hatred

Can't help but to write a bit after I saw this at NST SMS Alert,

to find this story,

Kit Siang accuses Dr M of being a bad influence 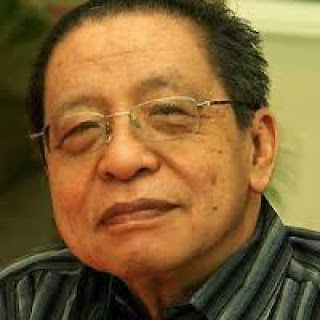 "(This by election) is a test to the influence of Tun Dr Mahathir. That is important, because he is playing an unhealthy role for the democracy and the development of the country.
"We want to see, especially in Kedah where Mukhriz is menteri besar. We want to see what is his (Dr Mahathir's) influence," Lim told reporters during a visit to Pekan Sungai Limau Dalam today.


Uncalled for Lim to smear my dad's name in Sungai Limau

"My father had resigned from politics about 10 years ago but Lim is still around (in the country's political scene).

"He (Lim) claimed that my father has a large influence (in the political scene).

"But Lim is still a Member of Parliament and had made many allegations and remarks, which were baseless.

"I don't think we should entertain him (Lim)," he said after handing out monthly cost of living allowance and special aid to fishermen from Sungai Limau constituency here today.