KJ must had made Guan Eng jealous

Okay, before I start writing this posting, I need to put it on record that what I'm about to tell is a real story. Really, I don't make this one up.

I know, most of you all will not want to believe me after reading this posting, but still, for this one, I feel that I need to do my best to convince you that I'm telling the truth and nothing but the truth. Read on and you will know why.

Really lar, I don't lie one.

This particular incident happened just weeks before the GE13 in May.

I was at that time at the DAP headquarters somewhere near Pudu. Yes, I do occasionally go there. Don't ask me why I'm there as I don't want my cover blown, okay.

It happened that there was a Press conference by DAP's handsomest guy Lim Guan Eng there that day.

I'm not going to give you details except that  it was a press conference to announce one of DAP's candidates who will be contesting in the election.

I had quietly went into the room which was packed with journalists and sat at one corner. After all, the DAP guys told me the press conference was about something very important.

From the way the journalists behaved, I believe I could tell who among them were supportive of DAP and who were the ones who don't really give a damn about what Guan Eng was about to talk about.

The various news portal and Chinese newspapers reporters occupied the front row seats and looked very eager while their colleagues from the mainstream media sat at the back rows and chit chatting among themselves as they waited for Guan Eng and his gang to start the press conference.

As Guan Eng entered the room and took his seat facing the reporters, the first remark that he did was," Wah! Regina also here. Hi Regina!".

Guan Eng was actually smiling from ear to ear and started behaving a bit like a very happy nerdy Chinese schoolboy.

Regina Lee, who was then a reporter with the Star was sitting in one of the front seats.

I was at the back of the room and therefore could not see or hear if Regina had responded in any way to Guan Eng's rather enthusiastic exclamation and sudden funny behavior.

Then Guan Eng turned to the other reporters and his DAP gang and chuckled, "Regina is from Star. Very powerful. I'm now scared la...."

I didn't see how Regina reacted to that. But it was obvious, Guan Eng did like her quite a bit....as a reporter, I guess.

So, when Regina joined Umno Youth chief Khairy Jamaluddin as his Press secretary, I did wonder what had happened.

I don't think it's because KJ has the hots for her. Regina is after all married.

I rather believe that KJ hired her more to project an image of Umno being inclusive.

And according to my friends who know her, she is now no longer the same.

She was said to have fiercely defended her boss KJ and BN's policies whenever she talked with her friends who were mostly DAP supporters.

" If you cut her veins now, I'm quite sure the blood which come out will be of  blue color lah," said one of Regina's friends in reference to the blue color of BN.

Well, I think Guan Eng must be very heart broken when he found out about Regina's alleged transformation.

For better understanding of what Guan Eng must had felt, do look closely at these three pictures and see if you all can spot the features similarities. 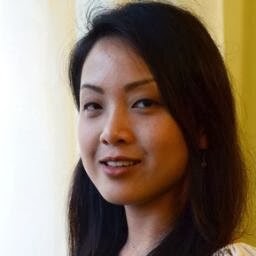 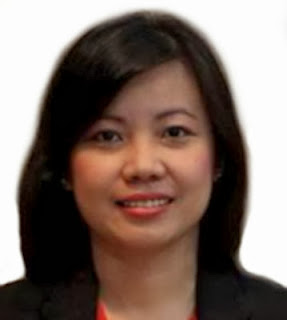 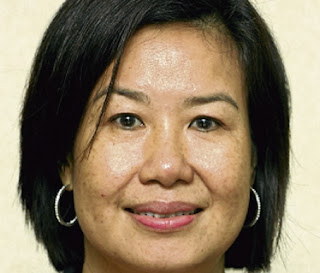 Okay, the last one is a bit old, but still, do you see the similar features of the three ladies?

p.s Guys, please don't be too vulgar in your comments. Thanks
Posted by Annie at 03:35