Apparently DAP cybertroopers are still unhappy with me.

Okay, let's make it straight to the point, they are angry with me. 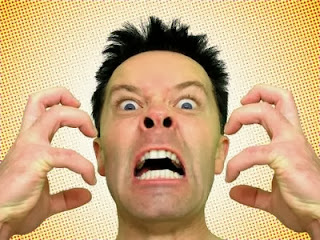 That despite me highlighting Lim Guan Eng's assertions, especially when speaking to Chinese audience, that they were being treated as second class citizens by the evil Umno/BN regime.

You can read about it here :

These are sample comments from DAP cybertroopers in my last posting ,

Anonymous5 November 2013 21:48
Annie roles as an UMNO blogger is to disparaging about the Chinese Community and to pit the Malays against the Chinese. Very soon, she will ended up as a silly angry old women.


Anonymous5 November 2013 21:59
why ? because the chinese are small in number and Annie as a Malay and Muslim got her advantage of bullying other community. Just imagaine Annie (as chinese) disparaging or mocking the Malay comunity and see what will happen ? Most likely she will be taken to penjara like Alvivi.

Well, the first one was the usual DAP cybertroopers' tactic of branding anyone who disagree with their dear father and son leaders as attacking the Chinese community.To them, Lim Kit Siang is the Mursyhidul Am DAP or the Tokong revered by ALL Chinese in this country. Guan Eng on the other hand is the Son and Holy Spirit rolled into one for evangelical worship purposes.

The second DAP cybertrooper's comment was just plain stupid. It exposes the cybertrooper as being anti Malays and Muslims. Well, that's the case with most of them anyway. The only difference being who among them can hide the sentiment better.
The DAP cybertrooper wrote :
"Annie as a Malay and Muslim got her advantage of bullying other community".
That tells a lot what the DAP people think about the Malay Muslims.

The fact nonetheless remains, the DAP game plan will likely be the same over the next four years leading to GE14.

Vilify Umno among the Chinese to instil hatred against the Malays and those who oppose or expose such tactics to be branded as racist, such as in my case.
As  regular readers of this blog may notice, these DAP cybertroopers will argue loudly if they can't argue intelligently, in order to drown out everything else.

I'm however skeptical that this DAP's tactic will work as well as it did in 2013 General Election.

A lot of people, including DAP's Malay allies have seen through this trick. Pas for instance are losing a lot of ground because of its partnership with DAP. Pas grassroots are beginning to realize that they were just being used to split the Malay votes to DAP's advantage. What will happen at the Pas ' Muktamar later this month will be interesting. If the ulama faction defeated the Anwarinas, Pas may likely will refuse to continue being a DAP lackey as it is now.

Okay, let's not even start with PKR. It survives solely courtesy of the DAP's Chinese vote bank. Once DAP's tactics were exposed. PKR will be screwed. Seriously, in Johor for instance, PKR got zero strength and whatever crumbs they got were just how much they can beg from DAP. Anyone knows what Chua Jui Meng is doing these days?
Posted by Annie at 23:53