Cut down a bit on pork, can?

A bit bored of even KJ and Guan Eng.

Seriously, I can understand why some boys and girls were enamored with KJ, he is indeed good looking and charismatic....but Guan Eng? 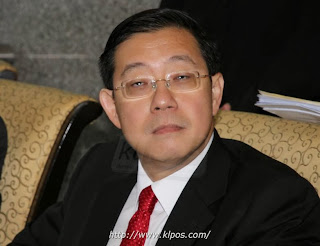 I think even his father is now quite embarrassed by his gila kuasa attitude such as when he tried to sideline all the State DAP leaders.

And the Chinese actually worship this immature tantrum-prone daddy's boy.

What have you all Chinese been eating la?

Try la eating organic stuff and other healthy food, can or not?

Try to cut down a bit on the pork because it was probably the reason for your blurred vision, okay. That's why you all see Guan Eng as handsome.

Well, my mother used to eat lots of pork too but nowadays she just eat salad. She is very healthy and still very Chinese.

But back then, when my mother first met my father, her favorite food was pork.

However, the weird thing about my mother was that, despite years of eating pork, she had never see a real life pig.

I think many Chinese are like my mother. They have never been to a pig farm.

My, how I wish they could go and visit one of those pigs farms and see for themselves where the pork comes from.

On top of that I wish they could go there and appreciate THE SMELL.

Well, I have been to a pig farm and know how terrible it is.

Really, this is not me trying to insult the Chinese or anything like that. It's just the reality. Pig makes terrible smell.

Well, we had heard lots of complaints by Guan Eng and the rest of the Chinese community over how they were treated as second class citizens, now, lets hear complaints by the cats for a change before I knock off,