It's past midnight and I just reached home.

Winding down but too tired to think hard for anything substantive to write.

Actually, there were a few things I would like to write such as the Selangor's big salaried politicians and Pas living up to DAP and PKR in term of screwing up their party elections and not giving a shit to democracy within their party.

But, then I'm too tired tonight.

Tomorrow, I have to wake up early again for work. Got to prepare for a big job next week.

Really, I do have a job and I do give my best at it. The pay was quite decent that I can write this blog without financial motivation from any quarter.

But honestly, if given the choice, I rather marry someone I love, who can afford to provide for me so that I can stay at home and watch Korean drama serials all day long.

Well, good also lah, most of them husbands turned out to be bastards in the end, anyway.

Seriously, even the pious ustaz type and guaranteed by Pas will go to paradise for being a card carrying life member could turn out to be assholes who think women are to be married just to serve them.

Why would I want to be obedient to anyone, eh. Wasting time and energy only. It should instead be mutual respect, okay.

Well, at least that's how I see it....maybe that's why my life is like this.

Anyway, what do you all think will this Pas deputy president do once he enters the paradise in the afterlife? 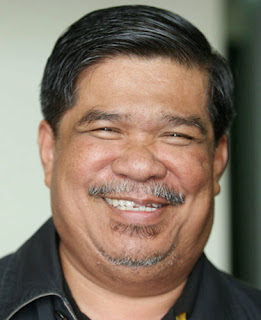 Really, Mat Sabu will have a place in Paradise.

He is after all officially the second most powerful person in the supposedly Islamic party. What's the point of joining an Islamic party if it's deputy president was not guaranteed with a place in paradise.

Really need to shut down.

I leave you all with this song, okay.