Of party elections screwed ups and a bit of love

I'm taking my weekend off days this time.

Need to rest before the big project next week.

After this I will have to work almost round the clock.

Without proper rest, I think I'm bound to make mistakes, and in my line of work I can't afford to make even the smallest mistakes.

As for politics, today is MIC election day. Honestly, I'm not very well versed in Indian community affairs. So, I rather not comment on it.

Just hope they don't throw chairs, like what the PKR people did during their last election, or screwed up their maths (innocently or intentionally) when counting the ballots like what DAP did, or totally got the wrong ballot papers which Pas did last weekends.

I'm sure the Election Commission people had a good laugh when they read about those bo bo by the people who accused them of incompetency and hanky panky.

Handle less than 2,000 ballots of own party election also cannot, but still want to accuse EC of these and that. You all Pakatan people have no shame ka?

Ambiga, go get your friends to protest the Pakatan elections la. You said you want true democracy aren't you? PKR democratic ka? DAP how? Guan Eng and daddy are democrats are they, when running the party like their own public property? Pas country bumpkin's silly incompetence, good for democracy in this country is it?

Umno and its friends may not be angels, but at least they hold true to the principles of democracy.

We have indeed been democratic for half a century. And those people being accused of dictatorship by people like Anwar Ibrahim, Kit Siang and Haji Hadi whose parties can't even handle comparatively simple party elections, were the ones who have been keeping this country that way all these years.

Well, I can't think of anything interesting to write about Umno at the moment, especially after their party election last month. But I think this general assembly should likely be all about Umno reasserting its agenda on Melayu and Islam.

Of course, the liberals don't have to worry too much, Umno still have KJ, and Nazri Aziz had just been appointed to the supreme council. Not bad, and still quite liberal, isn't it? 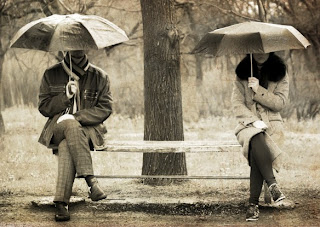 Okay, I better get up now. Been writing this on my bed. Maybe will go out later and do some shopping and even maybe watch a movie.

Cheers everyone. Let's have a pleasant weekend.
Posted by Annie at 08:40