Our time in this world is limited

Had late dinner with someone cute last night.

Told that someone I know is losing her husband due to an illness.

Feel very sad for her.

People had accused her of being a gold digger as her husband is rich and much older than her, but I think she genuinely love him.

I pray that she remains strong.

Told myself that I better appreciate and not take for granted those who love me, as they may be gone tomorrow.

On my part, I really need to find out what is really causing this chest pains I'm having. It has become a consistent feature, especially when I wake up in the morning like this. My heart beats were not consistent too.

Anyway, I reached home and shut down quite late. But I woke up just before 4am.

Now I can't go back to sleep.

Three hours of sleep is definitely not good enough.

I believe that I'm going to suffer today....for lack of sleep.

Thought of writing another Johor article, but decided to hold back a bit.

Let those about the Ramsar sites sink in first.

Those involved need to be made known that we are watching their moves. They need to know that they can't simply do whatever they want just because they control Kota Iskandar.

Just because I support the current establishment, doesn't mean that I'm okay if those few who are in control think it's their birthright to rob and fool the people of Johor.

The way they behave....sometimes I wonder whether these powerful crooks realize that they only have limited time in this world.

Don't they realize that when they died, they will be judged and punished in the afterlife by God for what they had done? 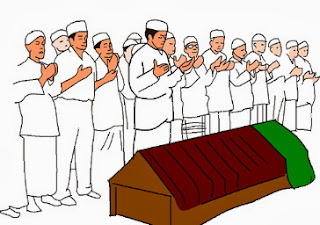 And bear in mind that they can't bring all those riches they rob to their grave.
Posted by Annie at 06:19