I love dogs too

Tonight I want to tell you all that I love dogs.

They are really friendly creatures and could be our loyal friend.

I actually would love to have a dog.

But I guess I'm too lazy a person to do that.

The need to clean up and wash with air tanah after touching a dog as required by my religion (as thought to me since I was a child) really deters me from even considering having one as a pet.

However, if I could have one, it would be a German Shepherd.

It's arguably the friendliest and most loyal among the dogs, particularly the bigger sized ones among the species. 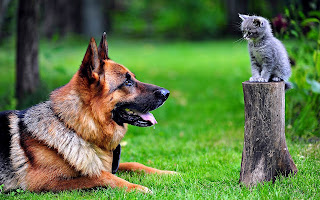 Well, still, I'm not actually the best of animal lover. I choose the German Shepherd because it's a good and beautiful animal.

A real animal lover doesn't considers all that. 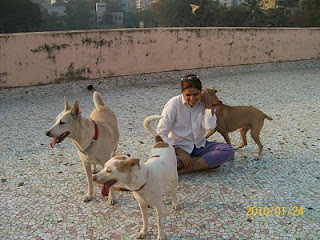 People like that are the ones who were truly blessed by Allah with a good heart.

There was a story which I was told when I was a child by my religious teacher - It's about a prostitute who fetched a bowl of water for a stray dog which was dying of thirst. The dog survived, but the prostitute died a day later due to some unforeseen circumstances. When the soul of the deceased prostitute stand before Allah on judgement day, it was told to proceed to heaven unimpeded as she had acted with sincere kindness to help the hapless pariah dog.

(Note: This posting is dedicated to Chetz Togom or Maznah Mohd Yusof and other real animal lovers)
Posted by Annie at 00:24