It's not yet 5am as I'm writing this.

Earlier, woke up automatically for sahur only to realize that it's pagi Raya.

Can't go back to sleep.

I don't think it's going to be much of a Raya for me this year.

It has been like that for a few years now.

I just go through the routine.

Later, after doing all the necessary, I will get dressed up in my baju kurung and do the ritual of beraya with my parents.

Kiss the hands of my father and mother while asking their forgiveness for whatever offense I had cause them.

Actually it's a good practice as I think I offended my parents quite a lot, especially my mother.

As I had previously said, I am not a good girl.

It's also always nice to once in a while see my mother all dressed up in baju kurung and demure with my father.

Normally, she is always the garang Chinese wife.

Well, later I think I am going to rest the whole day.

I am not too much into the habit of going Hari Raya at my friends' and acquaintances' house.

Some may accuse me of being an anti-social but I think everyone should just spend time with their family on the first Raya.

Being comfortable and cosy with one's own family on such a special day is the best for me.

Actually, I can't remember the last time that I attended a Hari Raya open house.

Well, not many Raya open houses this year anyway.

The government had more or less canceled all of their's due to the MH17 tragedy.

Yes, there have been too many tragedies this year.

It's just not appropriate to be too joyful even on Hari Raya.

There were even tragedies on the political front.

The biggest should be the one hitting opposition leader DS Anwar Ibrahim over the past two days.

The Anwaristas in Pas, led by the likes of Mat Sabu, Husam, Mahfuz etc were totally checkmated.

This is going to be the worst Hari Raya for Anwar in a very long time.

With the pending decision of his final appeal against the sodomy conviction still hanging in balance, Anwar must be feeling really lousy now that the Pas leadership had clearly deserted him.

They know that Pakatan will split up if Pas continue to assert itself and refuse to play the part of a junior partner in the coalition.

The DAP leaders must be scrambling to get themselves into baju melayu and baju kurung for visits to Pas leaders' homes during this Hari Raya.

DAP people knew that it is up to them now to salvage the situation.

PKR is too messed up even to save themselves while Pas appeared not to give much of a shit anymore about the whole thing.

If Pakatan breaks up, I think DAP knew it will be the start of a scary new Malay unity for them to fight.

The worst case scenario for them - Pas working together with Umno.

If that happens, the real loser will be the Chinese community who had mostly thrown their lot with DAP in the belief that they are the king makers in Malaysian politics as seen in the GE13 last year.

Honestly, I am also scared of the prospect of a super powerful united Malay front, similar to the united Chinese community support for DAP now.

I do wish for a more united Malay community, but not the way it is shaping up now.

A united Malay gang on one side and a much smaller united Chinese gang on the other.

With the Malay and Islamist hardliners on the rise, things can get nasty real quick.

All those DAP's rhetorics about the more prosperous minority Chinese being oppressed in this country may actually come true.

I hope the Chinese will realize that going the arrogant DAP's way was wrong.

That is actually my Raya morning prayer. 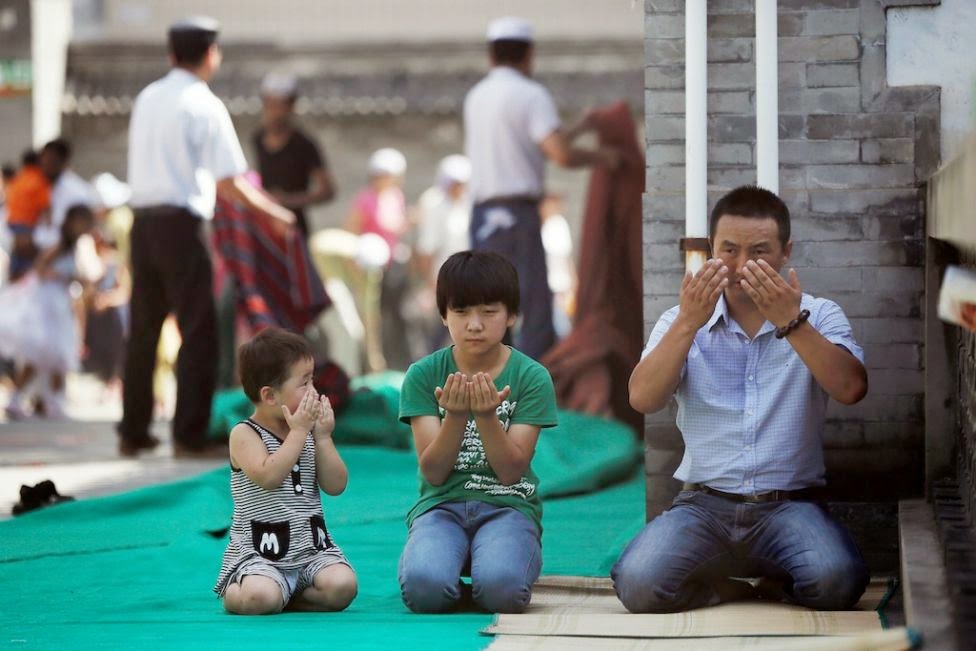 Really, despite the DAP cybertroopers accusing me of being an anti-Chinese racist, I sincerely don't want their Chinese community to suffer for foolishly believing in that immature daddy's boy Guan Eng and his evangelical banana church gang.

Anyway, I do love the Chinese side of myself.

Always has and always will.