Five years from now, my prediction.

It's almost 3am as I'm writing this.

So, to while away the time until I fall asleep, here are five things which I think will happen five years from now.

1. Pakatan, controlled by DAP but led by PKR's DS Anwar Ibrahim takes over the Federal government as Barisan Nasional dissolved following Pakatan's two third majority victory in GE14. BN was defeated following series of bad decisions by its government which caused a surge of public anger. Among contributing issues which led to BN's defeat were skyrocketing costs of living, administrative leakages, internal sabotage, Umno's nauseous personalities such as Shahrizat and allegation that DS Rosmah Mansor had bought another Berkin handbag. Pas receives an influx of former Umno members and poised to be a cogent Islamist force on its own in the next general election.

2. Remnant of Umno survive in Kedah, Pahang and Sabah as it's BN allies were totally wiped out except in Sarawak where Parti Pesaka Bumiputera Bersatu retain control of the State but opted to leave BN as other component parties led by MCA dissolved themselves after failing to win a single seat. Pas controls Kelantan, Terengganu and Perlis. PKR controls Malacca, Negeri Sembilan and Selangor. DAP controls Penang, Johor, Perak, and Federal Territory. Yes, Johor, my home state, which is the Umno's tiang seri will be controlled by DAP. Khaled Nordin and his boys will be just a one term wonder of Kota Iskandar.

3. Endless demonstrations and occasional rioting in downtown KL similar to the one currently happening in Bangkok, as various groups try to topple the government via undemocratic means. One of the issues which triggered the disturbances was an attempt to amend the constitution and abolish the institution of Malay rulers which was accused as a waste of fund by certain quarters. License of the pro-BN media such as Utusan, NST, TV3 etc were revoked after they failed to show enough affection for the country's new leadership. Lots of jurnos will lose their job and ended up becoming taxi drivers.

4. The elderly Tun Dr Mahathir Mohammad will be dragged to court and charged with multiple offenses including crime against humanity as during his more than 20 years as Prime Minister, so many had died of starvation, especially among the Chinese community which were totally oppressed and treated as second, third, fourth and fifth class citizens....that's as according to what the holy venerable Lim Guan Eng said. 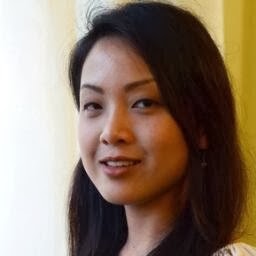 And they then live happily ever after....I mean Malaysians.

Errr, what happened to KJ?

Well, how the hell would I know what will happen to KJ at that time. Went back to Rembau and raise some goats, I guess. Khairy, the goat man, not bad leh.
Posted by Annie at 03:52