I had dinner with a friend who is a former colleague tonight.

She is a Chinese and look very much like this, 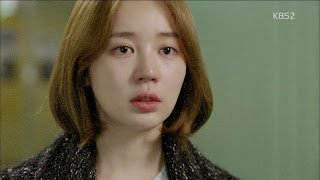 We mostly talk about our works, life and a bit of politics.

As it is with most Chinese these days, she is a DAP supporter.

So, I refrained from going too heavy with the political stuff as this is one friend I really like and don't want too lose, especially not over an argument on whether Tony Pua is a handsome Chinese genius or just an ugly opportunist piece of pig crap.

At one point of our conversation she told me about another dinner she had the previous evening with one of her friends whom I do not know.

My friend had told her friend, who is a Christian Chinese lady that she is considering marrying a Malay muslim guy.

My friend is officially a Taoist, but actually a freethinker.

She had specifically mentioned that her friend is a Christian because of the immediate hostile reaction she received over that piece of information and its rather religious tone.

"My friend was dead against the idea of me marrying a Malay guy as it will not only breaks the heart of my parents but also the fact that the Malay guy is a Muslim, which means that he can marry more than once," she said.

"And even worse, my friend said once I converted and marry a Muslim, I can never get out of the religion," she added.

I told my friend that what she was told by her Christian friend were all true.

It is not a small thing for a non-Muslim to marry a Muslim in this country. It requires a lot of sacrifices.

It's a lot easier if my friend choose to marry a Christian man. In fact, it's even very fashionable if she is to convert to Christianity, took on a Christian name like Hannah or Theresa or Regina and get married in a church. Very much like in the movies.

I told my friend she needs to think really carefully whether she really love that Malay Muslim boyfriend of hers. Is he really worth it?

Being a Muslim is indeed a lot tougher than being a Christian.

For instance, Muslims' role models are mostly Arabs and Middle Eastern people, who are not really a very fashionable bunch of people.

Christians' role models in contrast are more fashionable, They are mostly Americans and Europeans.

Being a child of a Malay-Chinese marriage, I advise my friend not to be too hasty with her decision on the matter

I told her how when as a little girl I had wondered why my father look so ugly as his appearance is so different from what my mother and myself looked like.

I also told my friend how my father has till now not being fully accepted by my mother's family.

My friend was quiet as I go on and on about the disadvantages of a Chinese girl marrying a Malay guy.

I also mentioned that the guy, whom I know very well, is not even handsome or rich. In fact my friend earns more than the guy.

I even throw in a bit of exaggeration about how the DAP is going to take over the running of the country and Malays will be reduced to second, third, fourth and fifth class citizens. That one I borrowed from Lim Guan Eng. Just changed the ethnicity a bit la.

She only opened her mouth after I had finished all that I can think of to discourage her from getting into such a complicated life-long life arrangement.

"But he is so smart and funny and I love him so much," was her only and rather quiet response.

That one, I cannot help la, I said quietly in my heart.
Posted by Annie at 01:08