Differentiating the good, the bad and the ugly

Hypocrites are the worst.

Second were the arrogant bastards.

And third were the shallow people.

These are the top three types of people I dislike most.

Hypocrites are such as those claiming to be champions of democracy but running their party like the communist party of North Korea, or claim to be good Muslims but enjoy cursing fellow Muslims or claim to be of high moral but went around having too much sex with girls...and boys.

Arrogant bastards are those who think they can get away with anything. These are of the types who demands these and that because they think it's their God given birth rights. These type of people are also known as selfish bastard.

The above two types are of the evil variety.

Shallow people on the other hand are of the annoying variety. These are innocent gullible types normally used and abused by the two types above.

They are not evil, but just plain too shallow that they can't even tell that they were being used by people of the other two categories. Example : Malay members of DAP, and Malays who took part in Bersih rally (including that silly shallow silver spoon fed old girl Marina Mahathir).

There are other types of people whom I dislike, but these three I mentioned above were the ones I encounter most on day to day basis.

Why I'm making noises about them today? 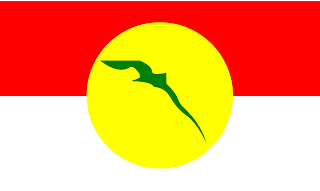 There are many among those of the three categories who will talk all sorts of things at the assembly, trying to look good in front of everyone.

We need to separate them from the other good Umno people.

If we listen carefully to the speeches this one week, we can tell who are the good, the bad and the ugly in Umno.

The good actually are in the majority. Unfortunately the bad ones who are always getting the highlights.

Bear in mind, Umno got over 3 million members. Most are decent people who sincerely believe in the perjuangan untuk agama, bangsa dan negara.