Slapping the Muslims for being stupid and divided

There are two issues which I had refrained from writing up till now,

1. The Vatican envoy's Kalimah Allah issue which latest updates you can read here,
Do the right thing, Nuncio

2. The local sex crazed bloggers' bakuteh Ramadhan insult which latest updates you can read here,
The Star spinning and covering up for Alvivi

I had not wanted to write about those issues when it first started because I don't trust myself to be objective enough in my analysis.

Now with it well into Ramadhan, and I don't have too much spare energy to be too angry, I think I can write a bit about those issues.

As far as I'm concerned, both issues were actually caused by Muslims themselves.

Their failure to unite and greed for power among their leaders were reasons why their enemies dare to insult and spit on them as it were in those issues.

The Muslims were also too engrossed over petty things which pit themselves against one another that they failed to see the real threats faced by their community.

They are more concerned with things such as enforcing laws to prohibit the wearing of shorts and kebaya rather then empowering their community with better economic and political clout by forming a united front.

Remember when most Malay women used to wear kebaya instead of the "more Islamic" dresses of these days during the 1960s? 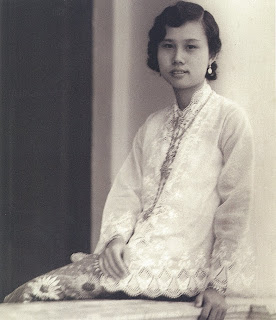 How come was it that no one dare to insult Islam in this country at that time? Why is it now that the Muslims appeared to be more pious that people who hate Islam becoming more daring? Is it because Muslims back then were more united?

In case anyone forgot, it was Lim Guan Eng who reignited the Kalimah Allah issue in his Christmas message in December last year which he had actually aimed at inciting the bumiputera Christians in Sabah and Sarawak to go against Barisan Nasional in the GE13.

Pas had flip flopped on the matter before deciding at the end to adhere to its Majlis Syura's decision of going against its DAP and PKR allies.

Nonetheless, I don't see Pas protesting too loudly now that the Vatican envoy had backed the local Catholics' demands, probably because the party wants to menjaga hati all those evangelists who dominated their DAP ally.

I bet they would had organized a massive rally at Dataran Merdeka if those evangelists are instead allies of BN.

As for that sex couple bloggers, they were nothing but vermin who should just be ignored.

However, since the Star, had promoted them into becoming some sort of celebrities, then I have this bit to say - actually the MCA-own newspaper is the one which wants to pull a fast one on the Muslims in this country.

The Star had highlighted the couple actually because what they said is what the newspaper wants to say itself.

It is just using the couple as its front to tell off the Muslims - "You son of bitches  are all too weak and divided to do anything to us even if we slapped your face with a slab of pork meat".

And true enough, there was nothing much the Muslims can do about the issue, the same as it was when the Star put that pork dish as part of it's Ramadhan Delights pull-out about two years ago.
Posted by Annie at 12:46