I wish I can be a dragon

Tonight I'm too tired to write about anything heavy.

Been busy the whole day.

Then, there's the matter of entertaining all those legal action threats and large number of comments at my last posting.

Honestly, I'm not really sure what the fuss was really all about.

It was after all just me being silly in the middle of the night after reading some postings at several prominent blogs on the FGV issue.

I did wonder whether owners of those other blogs were being threatened with legal suits too for posting even more serious stuff on the same subject matter.

Or is it because I'm a woman that I was being singled out as an easy target.

Really, just look at the number of DAP cybertroopers commenting at my blog. I think I got more of them than prominent blogs such as Rockybru these days. I really do wonder why it was so.

Well, never mind. I believe that I had done my best to appease those who got angry over that last posting of mine. Indeed, some people really have no sense of humor. I had even apologized, yet still they are not happy.

Okay, tonight I just want to bitch a bit about the first postponement of the appeal against the acquittal of DS Anwar Ibrahim's sodomy case.

You can read about it somewhere in this Bernama story,

Muhammad Shafee To Lead Prosecution In Appeal Against Anwar's Acquittal

I'm sure most of you all could remember the numerous postponements of the case before it reached this stage.

I really think that Anwar should hire a more healthy lawyer than Karpal Singh. I know that Karpal is the Lion of the Lions (this one I got from one of those comments at my last posting) and all that, but seriously, the old man is not well. Let him rest for goodness sake and hire a new lawyer from those tens of thousands at the Bar instead. I'm sure the majority of them are good at their job and are sympathetic to Anwar, anyway.

By the way, I really like the name of that Bernama journalist who wrote that story - Jocelyn Ann Dragon 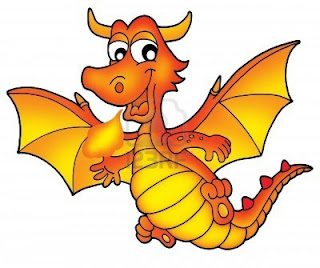