It's the shaping of mind, stupid (updated)

(Note: Updates at the bottom of this page)

The thing about Pas people that I really cannot stand is that they are more concerned about matters such as what other people are wearing than whether they had done anything for the betterment of their fellow Muslims.

Is the matter of tightness of a Malaysia Airlines stewardess' dress more important than the question of whether Malay Muslim men are too obsessed with sex?

Is being beautiful and healthy so wrong for a Muslim woman? I'm not kidding you on this. Some even said that we can't even recite the Quran openly for fear that our beautiful voice may enticed  men into all sorts of sexual perversions.

Honestly, is Siti Zailah, the Pas women chief wants every women to be like her and look like her? 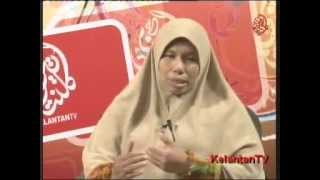 Okay, I can understand about wanting women to dress properly but reasoning that having to compel women to wrap themselves up so that sex crazed men don't rape them is wrong.

It's the reasoning and lessons being thought by Pas people such as Siti Zailah which for me that corrupted the minds of the younger generation Malay muslims.

What will happened to these Malay Muslim youths when they go out into the real world and mix among the non-Muslims out there?

It's the shaping of the mind set which is the real issue here.

For instance, I do wonder how will a Pas leader such as Siti Zailah answer to this question asked by Helen Ang, who is a Chinese non-Muslim,

Will Siti Zailah say Chinese girls wearing shorts are more dangerous to Muslims than those DAP evangelists such as Ong Kian Ming who play act to be Muslim friendly to win votes for his party and ultimately gain power in this country?

Or, is it okay for Pas people to let these evangelists to run around demanding sinister things such as the use of kalimah Allah in their Malay bibles for use in the Peninsular because they are from Pas' ally DAP, which contributes non-Muslim votes for their supposedly Islamic party?

But then I guess, these Pas people are willing to even be blind for the sake of gaining power.

Here is a question which I would like you all to ponder.

Which of these two will Siti Zailah and the other Pas men and women be more interested to discuss?

1. This story about this Muslim girl who was shot in the head by the Taliban for defying their edict not to allow girls go to school,

2. Or, whether that Muslim girl is covering her head properly, 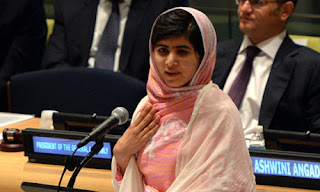