Damaged and facing a storm

Last day of the month.

This blog's pageviews count has reverted back to its normal of around 80k this month.

At the height of the Umno civil war which started in April, the number was around double of that.

On the surface, things are beginning to look normal again.

DS Najib Razak is still in charge and the rebels have very much scaled down their attacks.

Nonetheless, I think Umno is still far from being safe.

It's like the aftermath of a mutiny on a ship.

The fighting may had ceased, but the damage is extensive and not yet repaired.

The mutineers may not be attacking so much anymore but they are not surrendering either, let alone helping the captain and his loyalists to repair the ship which was heavily damaged during the fighting.

Some were even ready to go down to the bottom of the ocean with the ship rather than surrendering.

The captain's people are not helping with things either.

They keep telling the captain that they don't need the mutineers to repair the ship.

Instead of coaxing the mutineers to rejoin the crew, they want the captain to force them to walk the plank.

Their attitude is that the less number of crew onboard among them, the bigger their portion of treasure on the ship for each of them.

Meanwhile, a storm is gathering on the horizon. 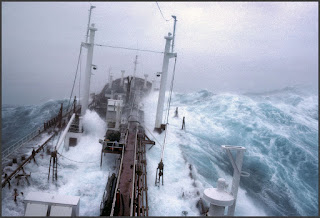 The captain's loyalists continue to tell him that it's okay.

They said there's still plenty of time to repair the ship without the help of the mutineers before the storm hit them.

It's now for the captain to decide.

If I'm the captain, I would rather make peace with the mutineers.

Talk with them and get as many of them as possible to help save the ship.

After all, without the ship, everything will be lost.
Posted by Annie at 15:34