The other day, I wrote this,

TNB's sembahyang hajat, I think better give Edra to them


As a response to it, my friend Wan Dal Cha sent me this piece which I think I should share with you all.

TNB would be naturally alarmed by the hints of uncertainties ahead in the energy sector given that the proposed sale of 1MDB power assets has already produced surprises.

A big jolt has been reports suggesting the lifting of the 49 per cent foreign equity cap in the energy sector. While the exemption is said to be one-off, it would be odd for the Government to  revert to 49 per cent-limit in the future. Such flip flopping will expose  Malaysia to suggestions of  inconsistencies on key policies.

Crucially therefore the foreign equity-tweaking  will now threaten to expose the energy sector to unequal competition. CGN the State-owned enterprise from China which has submitted a joint bid with Nebras of Qatar brings with it an overwhelming advantage over TNB in the future conduct of the energy sector.

One scenario is TNB risks being reduced to just being one of the players instead of operating as the main utility company.

This will by extension further  weaken TNB in the market. Analysts are bound to highlight the diminishing earning potential of TNB. This as a time when TNB has been a major driver of market capitalisation and wealth effects.

Against this backdrop, TNB has overnight found itself staring at a pivotal moment something it had not prepared for. TNB would naturally like any changes to the groundrules to be effected in a structured and gradual manner.

This is not strictly about TNB wishing to have an equal chance of securing the 1MDB power assets although winning it would be a perfect-fit for TNB. With the five Edra Global power assets, TNB generating capacity will grow to 70 per cent. Its regional ambitions will be further enhanced with the Edra Global foreign eight power plants.

A bigger concern is the possibility of a weaker TNB with the presence of an international giant with big ambitions.

As for the poser of whether customers will be better served with greater competition, the tariffs structure is determined by various factors.

While greater competition cannot conceivably be bad for customers, it would be better if TNB grow in capacity as a result. A stronger TNB could eventually in the long term drive down prices as well as driving growth of energy entrepreneurs and the industry at large. 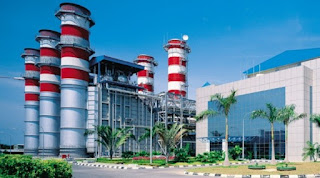