According to Helen Ang,

DAP Malays need to get their eyes checked

following the outcome of the party's Selangor election where none of the three Malay candidates got anywhere near being elected into the executive council line up.

I think it's not just the Malays in DAP who needed to see clearly what DAP really is as a party.

I think all Malaysians, including even the DAP's Chinese party members needed to realise the reality, or rather, the hypocrisy of it all.

Malaysian politics have always been race-based all these while and it will remain so for the rest of at least our life time.

To think otherwise is actually lying to ourselves.

All that talks about DAP being a multi-racial party were mere hogwash, okay.

The same with other political parties which made similar claims.

But I don't blame the Selangor DAP delegates who are mostly Chinese for choosing those among themselves as their leaders.

We vote those whom we are comfortable with.

In this case, the Chinese are more comfortable being led by fellow Chinese who share a lot in common between themselves.

Malays, Indians, and others would do the same if they were given an option between someone of their own race and others who have the same abilities and credentials.

Most of the time we only choose the other if the person is either exceptionally much better or the person represents an entity which will further the interests of our own race.

That's the fact of life in this country.

Anyway, all these remind me of a class election back then when I was studying A Level at a private college in Petaling Jaya. 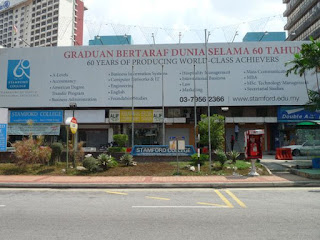 I was the only "Malay" in my class, while the rest of my classmates were Chinese and Indians.

Despite that, I was considered as being quite popular among my friends.

I was a rather good student, eloquent, knowledgeable, funny and some even said quite cute.

Those closest to me among my classmates persuaded me to contest for the class president post.

On election day, I actually got only four votes.

That's less than the number of my friends who persuaded me to contest.

The one who got elected was a Chinese boy.

The majority of my classmates of about 30 were Chinese. There were about four or five Indians.

Nonetheless, I accepted the whole thing as it was.

My classmates voted the person whom they are most comfortable to lead them.

The Chinese guy who got elected probably have better knowledge of what the majority of my classmates needed as he was of the same background as them.

I just wished I had more votes, though.

It was not so nice for those of my friends who persuaded me to contest but later on didn't vote for me.

Anyway, despite that, I continued to be their friend until after college.

It was just a stupid college nonsense after all.