Nothing to defend anymore

Had dinner with my ex-BF the other night.

We are now just friends.

I have to be honest with myself and admit that I'm still in love with him.

That's why I can't make myself decline his invitation for dinner.

When we broke up, ,he had told me that he doesn't love me anymore and just wanted to be friends.

It was heartbreaking but I had accepted his wish as it is.

No point in forcing someone to love me if that someone no longer feels that way.

Anyway, the dinner was nice.

It was at one of our usual Japanese restaurants.

We had sukiyaki and a few other dishes. 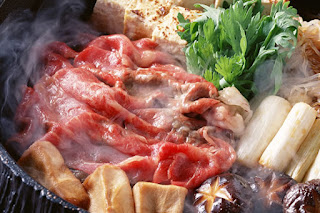 He was drinking his favourite Asahi beer while I had my usual hot green tea.

It's like what it used to be when we were still a couple.

We talked about our work, and things which were going on with our mutual friends and family members.

We even talked a bit about his new girlfriend.

It's obvious that he's very much in love with her now.

She's very much prettier than me, has a successful career and quite rich.

His new girlfriend was with her family on a holiday in France.

That's why he has time to catch up with me.

As it was back then, we also talked about current issues.

He was concerned about the latest political development.

Being a DAP supporter, he blamed PM DS Najib Razak and Umno for the current mess which he said undermined the credibility of the country's institutions.

"We can claim this and that about how democratic and moderate we are, but who will believe us now?" he exclaimed.

Didn't feel like going into a debate with him like I used to do when he was still my BF.

He always enjoyed those debates.

"Why are you not defending your Umno?" he asked after he realised that the conversation was going one-sided.

"I just want to enjoy listening to you," I replied in Mandarin with a smile.

I was actually trying to get him more agitated because he doesn't speak Mandarin.

It works every time with him.

It always irks him that I can speak the mother tongue while he can't.

Really, he is always very cute whenever he got agitated talking about politics.

"Come on, defend your idol Najib lah. You used to talk a lot," he said, clearly irritated by my lack of enthusiasm.

"What are there to defend. Everything that you said was right. I agree with you. You win, I lose," I said, this time in English and still with a smile.

"Eh, this is no fun. Are you still angry with me?" he asked again.

"No lah. I am okay. Told you I just want you to be happy. Can we talk about something else?" I said, trying to change the topic.

Actually it hurts talking about such things with him as it reminded me too much of our happy days when he was still very much in love with me.

Furthermore, I was not lying. What are there to defend anymore? Najib and Umno were indeed responsible for the mess.

"What do you want to talk about then?" he asked, sounding a bit disappointed that he was not getting a debate out of me.

"Tell me la, what you and Vivian normally talk about?" I said with a giggle, trying very hard to sound natural.

Vivian is his new girlfriend.

"Errr...she's very ambitious. We mostly talk about our plans to buy a house together,  get married, have children and move up in the world. That sorts of stuff lah," he said.

"Oh...okay. that's nice. You all Chinese are so practical. I hope you and Vivian will be happy together," I replied, again with a smile.

We talked like that for more than two hours.

And as it used to be in the past, he walked me to my car after the dinner.

That night I cried a bit before falling asleep.