As I was driving home from work yesterday evening, I had this idea of writing something serious and important to assist Umno and BN in getting out of their current predicament.

So, when I reached home and done the necessary, as usual, I opened up this laptop and started to write.

These were what I wrote:

As everyone knows, there is now a sort of "rebellion" among a segment of the pro-establishment people against PM DS Najib Razak.

At the head of the rebellion is of course former PM Tun Dr Mahathir Mohamad, whose recent stinging criticisms of Najib had galvanized quite a strong wave of support.

The whole thing reminds me of what happened right after the 12th general election in 2008.

BN had lost it's two third majority in that election and

At the last sentence, it occurred to me that I shouldn't be writing what I was about to write next.

"Don't be stupid Annie, you shouldn't be writing these sorts of things anymore. The Umno and BN people are calling you stupid and said they don't need you to help them even for free, remember," I told myself.

Ya, that's quite true. I got quite a number of comments to that effect for my posts of late.

Even my best friend (BF) said I was being stupid and reckless for sticking my neck out for those people and expecting nothing in return.

"Not only that they don't appreciate the free write-up you do for them, they will crucify you if somehow or another they don't like what you write or how you write those stuff," he had said to me a few days ago.

I then closed this laptop and went to sleep.

I was tired anyway.

This whole morning I just hang around the house doing practically nothing other than watching a stupid movie on HBO.

I admit that I was feeling moody....no, I was not having my period, okay.

It's probably the withdrawal symptoms for not being able to write what I wanted to write.

Blogging can be addictive, you see.

Anyway, what makes me now writing all these was a call from a friend while I was having lunch just now.

My friend is the lady I mentioned in this posting,

She told me that a friend of her husband who works for PM DS Najib Razak had managed to offer him a possible job opportunity.

"My husband said he was not sure whether he will take the job as he was quite fed-up with a lot of good-for-nothing Najib's people. But he was happy that there are still among his friends who work for the PM who are still trying to help him. I think it is good that the PM still has some good guys," said my friend.

A leader who surrounds himself with nice and capable people will normally be viewed by the people as being a good leader.

In the case of Najib, I think he needs to do a check on the people around him. Personally, I think there are quite a number of assholes around him.

He needs to do the right things.

For instance, I don't think he did the right thing by appointing this guy who

to the strategic post of head of Jasa (Special Affairs Department of the Ministry of Communication and Multimedia).

If the guy can't even manage strategic communication in Batu Pahat, how is he going to handle the whole thing throughout the country? 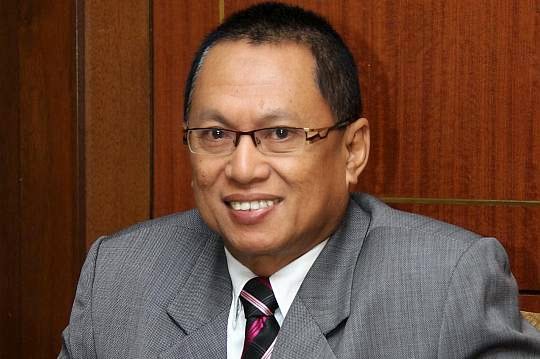 Errrr....by the way, anyone knows what happened to the so called National Communication Team (NCT)?

Is it still there? What is it doing, actually? Heard the gaji of the staff there quite good, surely they must had successfully done something of late to swing back votes to BN....ada ke?

Bear in mind ya, the next general election is less than three years from now.

The PM actually doesn't have too much time to fix and improve things, especially now that there is a rebellion going on within Umno.
Posted by Annie at 14:59