My mother send me a text message last night which pointed out this article to me,

I'm not really sure why my mother pointed out the article to me.

But she cautioned me,

"May (my Chinese name), I know you are passionate about these sorts of things, but please don't overdo it."

I am just going to highlight some of the findings by the two senior lecturers from the University of Malaya, Dr Lee Hwok Aun from the Department of Development Studies and Dr Muhammed Abdul Khalid.

Race more than résumé quality is the main consideration for getting an interview for jobs in Chinese controlled and International companies in this country.

Analysis of the results was extensive with the figures clearly showing that there is discrimination against Malay graduates even in Malay controlled companies where the number of call backs received by Chinese candidates was 6.8% against 4.8% for Malay applicants.

For foreign controlled companies the numbers are 22.9% for Chinese applicants with none of the Malay applicants getting any call back.

I advise you to read the entire article at the link above. Don't be lazy.

Actually, I had discussed this article with a Chinese friend when it first came out last year.

My friend said the Chinese controlled companies have the right to do whatever they like.

"It's their money, what," he said, adding that in contrast the government-linked companies should not practice such discrimination as theirs are tax payers money.

Well, I think the GLC and the civil service are trying to open up their doors to all races.

I can name a few which had done so, such as Sime Darby and Petronas.

But that argument about "It's our money, so we can do whatever we like" bothers me quite a bit.

Is it okay for the towkeys to discriminate because it's their own companies?

Is it okay to treat your workers like slaves because it's your own companies?

Is it okay to abuse your maid because you pay their salaries with your own money?

Sorry Ma, I have to ask those questions.

I hope I am not going overboard and make you upset.

Well, stupid Malays, you really think you are on a level playing field? 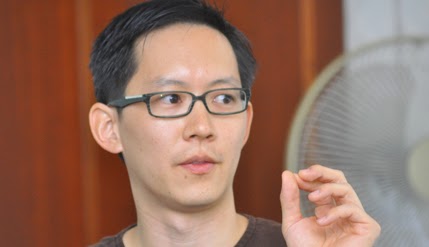