I was not feeling well again these past few days.

But tonight I am feeling slightly better.

So, here is a bit of my thought about the coming Teluk Intan by-election.

As everyone should know by now, DAP had named Lim Kit Siang's political secretary Dyana Sofya as its candidate.

BN will be represented by DS Mah Soo Keong, the Gerakan president. Mah was formerly an MP of Teluk Intan for two terms.

A girl, who doesn't know much about politics or serving the people versus an experienced party president who served the constituents of Teluk Intan well in the past.

Guess who will win?

Well, of course it's going to be the clueless girl, who is what she is now because she got the right idea that being "different" attracts people's attention.

Actually, her being pretty also helps.

And of course she represents DAP which commands the support of more than 90 per cent Chinese.

Teluk Intan constituents consist 43 per cent Chinese, 38 per cent Malays and the rest were Indians and others.

So, the girl, or to be more accurate DAP, already have 40 per cent of the votes in the pocket, coming from the 90 per cent Chinese votes.

They only needed just a bit more than 10 per cent to retain the seat.

So, putting an attractive Malay girl will secure that extra votes.

It will also serves as a gimmick for DAP's Malay friendly facade.

Well, DAP is now on cloud nine when it comes to Chinese votes.

They believe that the Chinese will vote for them no matter who they put as a candidate.

Even if they put Guan Eng's unwashed underwear as their candidate, they know they can still get solid support from the Chinese community. 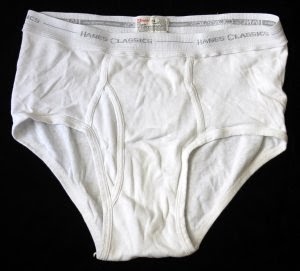 By putting as candidate a Malay girl in Teluk Intan and an Indian boy in Bukit Gelugor, DAP is hoping to enhance its multi-racial credentials.

The truth however was that, its main power is still due to the mainly solid Chinese community's support.

The Chinese voters who voted for the DAP candidates never see them as anything but servants of DAP which they believe will further the interest of their community.

That is why they will be voting for the naive Malay girl instead of Mah who had done good for them.

That's the real reason why DAP dare to field the Malay girl.

Really, it's because at the moment the Chinese will swallow anything that DAP throw at them.

However, I believe, the Chinese will one day choke on a bone thrown to them by Guan Eng and his father.
Posted by Annie at 02:27