Shallow Dyana and a bit on badminton

I was shocked when I read Big Dog's

Were Dyana, the DAP's candidate in Teluk Intan and her mother really involved with Perkasa?

Well there is the picture of them manning the membership counter of Perkasa, 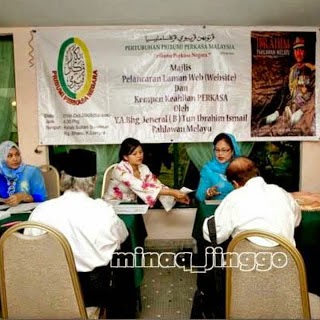 So, what could had happened to Dyana, that she swung to the other side so drastically?

Most of the time I see them as a nuisance.

But this girl and her mother were part of that organization labeled by DAP and almost all other non-Malay organizations as Malay extremists.

My personal opinion is that this Dyana girl is likely just craving for attention.

She will do anything for it.

It's just a case of a shallow girl trying to be popular.

Well, as I had previously wrote, I was like that too once.

But, to get attention, I just colored my hair blue and have piercings all over my body instead of selling my jati diri to Kit Siang and his irritatingly arrogant son.

This Dyana girl is a waste of time, actually. That's all that she really is.

Anyway, that's a tedious subject for a Monday morning.

What more with Malaysia losing the finals of the Thomas Cup last night.

But Lee Chong Wei and the gang had tried their best.

The pundits never expected them to go beyond the quarter finals.

My heart goes especially to Deren Liew, our third singles who did everything humanly possible but still lost in the nerve wrecking deciding match.

No Japanese food for me over the next several months.

Still, that Ueda guy who beat Liew is quite cute. 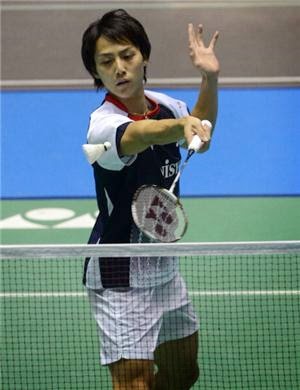 Just to cheer up.

Have a good Monday everyone.