Farewell to a good Sultan

I have to admit that I personally do not know much about the late Sultan Azlan Shah. 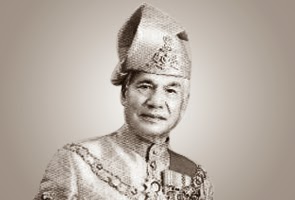 I have never met him in person.

But from what I know of him through news reports and other reading materials, the 34th Sultan of Perak seemed to be a wise ruler, extremely intelligent and a good man.

You can click on his photo at the top right of this page to get connected to a link which tells more about the late Sultan.

I choose to put the photo of a young Sultan Azlan Shah there to remind ourselves of the once lively and vigorous man that he was.

He was 21 years old and looked very handsome in that photo.

I believe the late Sultan Azlan Shah is the right example of how a monarch should be.

His list of achievements, even before he ascended the throne was astounding.

As a Sultan, he strictly abided by his role as a Ruler and as he was previously the top judge in the country, had always been fair to all of his subjects.

His adherent to the rule of law was manifested in the way he handled the Perak constitutional crisis in 2008 when the Pakatan's administration collapsed after it lost the needed support in the state assembly.

I have not heard of any serious allegation against him abusing his position as a Ruler.

I have also not heard of him asking for anything unreasonable such as businesses, contracts or hard cash from the State government or investors in Perak.

As a family man, he appeared to have raised his children well.

His eldest son and regent, Raja Nazrin Shah is perhaps the brightest star among the country's princes. 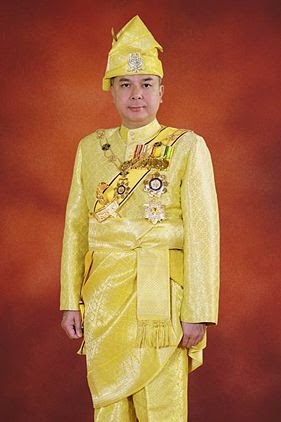 As was his father, Raja Nazrin is highly educated and a really classy gentleman.

He knows and plays his role as a prince well.

I never heard of him stepping out of line, and committed unthinkable acts such as beating up people or picking up girls in a night club for a one night stand.

That's a sign of a good upbringing, thanks to his late father.

Sultan Azlan Shah will be laid to rest at the Perak royal mausoleum in Kuala Kangsar later today.

I pray that he will be at peace.

May Allah bless his soul and place him among the good people in the afterlife.