Just got a call from a journalist friend who is in Teluk Intan.

Apparently, the passing of Sultan of Perak, Al-marhum Sultan Azlan Shah on Wednesday had not affected the Pakatan's campaign for the by-election there.

My friend who was staying at a hotel in the town centre could hear from his room their ceramah tonight which was held at an open space about 150 meters away.

"They are very loud. Complete with the blowing of vuvuzela," he said.

Actually, the ceramah was so loud that I could even identified the speaker who was on the stage as I was talking to my friend over the phone.

It was 11.40pm and the speaker was DAP supremo Lim Kit Siang. 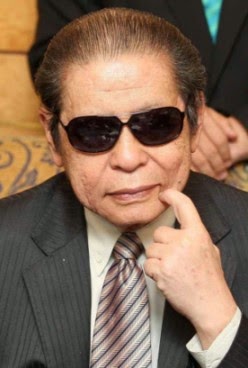 Kit Siang was ranting away as usual, primarily against the Umno leadership.

My friend said he was quite disturbed by the lack of respect shown by the Pakatan leaders and their followers.

"It's the State's mourning period. They shouldn't be doing this," said my friend, his voice quivering with exasperation.

"I think they should give it a rest for at least just tonight. After all Almarhum (Sultan Azlan Shah) had just been laid to rest earlier in the day," he added.

I asked why he didn't go and cover the ceramah.

"No point. It's the same lambasting the government session as usual. Furthermore, I am quite disgusted that they don't even have the decency to show respect by observing the mourning for the passing of the late Ruler," he said.

I believe, these Pakatan people think their mission to gain political power in this country is bigger than anything else.

They don't seem to care about decency or decorum.

They probably even think that the passing of Sultan Azlan Shah is of no consequence as the late Ruler was the one who in 2008 invited the current BN state leadership, as according to the law, to form the State government after the Pakatan's one collapsed due to lack of support in the state assembly.

Whatever it is, I believe the Pakatan gang were really desperate to win this Teluk Intan by-election that they decided to ignore the mourning for the passing of the good Sultan.
Posted by Annie at 23:59