Just minutes after I finished writing this posting, I received news that Ahmad Said who is the Kijal assemblyman and Ajil assemblyman Ghazali Taib had announced that they quit Umno.

It is now BN 15, Pas 14, PKR one and Independent two in the Terengganu assembly.

If Ahmad Said and Ghazali joined Pas or PKR, it will be 17 Pakatan and 15 BN.

Yes, I was wrong. Ahmad Said is really a traitor who only cares for his MB post.

I believe what happened last night could be the turning point for the leadership of PM DS Najib Razak.

I do not know how he did it, but apparently Najib had managed to persuade now former Terengganu MB DS Ahmad Said to relinquish his post.

This is, I believe the best move Najib had made since the 13th general election last year.

He must had managed to persuade Ahmad Said that a change of leadership in the Barisan Nasional's administration in Terengganu was necessary if the coalition is to continue to rule the State after the next general election. 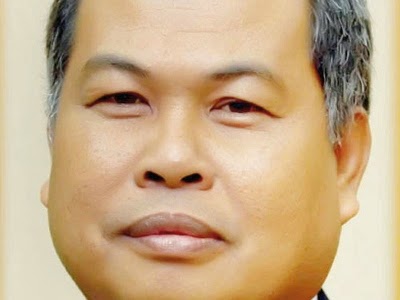 Currently BN has 17 to Pas' 14 and PKR's one State seats in Terengganu.

Ahmad Said must had been convinced that he would also be a loser if BN is to be defeated in Terengganu.

I believe Najib had also done a great job in persuading the Sultan of Terengganu that the change of MB will be good for the state.

After all, Ahmad Said was the Sultan's choice to replace his predecessor DS Idris Jusoh in 2008.

Previously, talks were that Ahmad Said and at least two other Umno assemblymen may switch to Pas if Najib made this move, causing the collapse of the BN Terengganu government. However, I don't think this is true.

I don't think Ahmad Said really wants to betray his party the way former Selangor MB and an Umno vice-president TS Mohd Muhammad Taib did when he joined Pas.

If he do that, he will forever be remembered as a selfish bastard who only care about his post as an MB.

Najib must had made him realized that ever since he took over from Idris as MB, Terengganu Umno had been torn apart by factionalism, causing it to only barely manage escaping from being booted out of office by the narrowest of margin in GE13

I viewed the move by Najib as a very brave one and it will possibly pave the way for more actions which will save Umno and BN from destruction in the next general election.

After the move in Terengganu, I hope Najib will do something similar in Johor to end the abuses and excesses which have been going on in my home state ever since a new administration took office after GE13.

Honestly, I am not really asking the PM to sack Johor MB DS Mohd Khaled Nordin.

I am instead merely asking him to  put an end to the abuses and excesses which may reflect badly on the establishment, Umno and BN.

I am hoping for him to tell Khaled to grow a backbone and learn to say NO when he needs to do so.

Khaled also need to be "advised" to throw out those hangers-on around him whose real interest was to make money for themselves instead of struggling for bangsa, agama and tanahair.

Yes, Khaled needs to be reminded that he was chosen to head Johor by Najib as his boss in the government and party.

HE IS MB NOT BECAUSE OF ANYONE ELSE.

Of course, Najib also need to crack the whip and uproot the crooked elements in Kota Iskandar, Irda and the GLCs down there in Johor

I am praying for Najib to keep the momentum going on this matter and do the necessary to affect changes elsewhere like what he did in Terengganu.