Racists who call others racists

Maybe it's because I slept too much in the day due to my fever.

I ended up watching that amazing movie Life of Pi again at Fox channel just now. 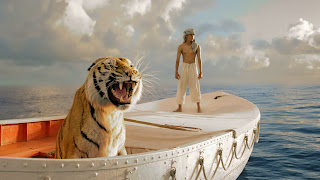 Actually, my friend Ai, formerly of the Big Cat blog had back then wanted to set up a new blog and named it Life of Ai after the movie, because she loves it so much. But Ai later abandoned the project and instead asked me to start writing my own blog, just before she left for Taiwan.

I was actually not too keen at first and was even too lazy to create a new name for the blog. So I copied Ai's idea and that was how Life of Annie came about.

Ai will be coming back from Taiwan at the end of February. I had asked her to blog again or at least write in this blog as she used to, but she had declined. Still, I will try to persuade her again. I may even ask her to take over the running of this blog if my health doesn't improve.

Okay, other than that, I would like to share with you all this comment posted by someone in my last posting,
Don't you dare defend the Malays
The person is definitely a cybertrooper of a party which leaders are so fond of calling their political enemies and just about anyone who disagree with them as racists,

Anonymous11 December 2013 21:59
Stupid Annie, hope someday you will married a bangla.
Because of UMNO, now we have many bangla, indon, nepalese, pakistani holding Malaysia IC. These foreigners are targeting Malays pussy, so that they can masuk Melayu, and soon UMNO will have a bangla as its President.
Annie will tetap sokong as long as bangla is an UMNO member.

Poor Bangladeshis, I think they are the second most vilified group of people in this country. (You all figure out for yourself which group is the most vilified of all in this country)
Pakatan claimed that they lost GE13 because of the Bangladeshis. Anwar said that 40,000 "Banglasians" became phantom voters for that evil Umno party. You all still remember that Black 505 crap?

Well, Bangladeshis are humans too, okay.
Posted by Annie at 04:19