A movie for Johor assemblymen

Earlier this morning, I did this posting,

One of the commentators wrote this,

Anonymous8 June 2014 10:57
What difference does it make to ordinary Johoreans whether Sultan or UMNO have the executive powers.


The commentator wants me and likewise penderhaka-penderhaka to be impaled in front of the istana. 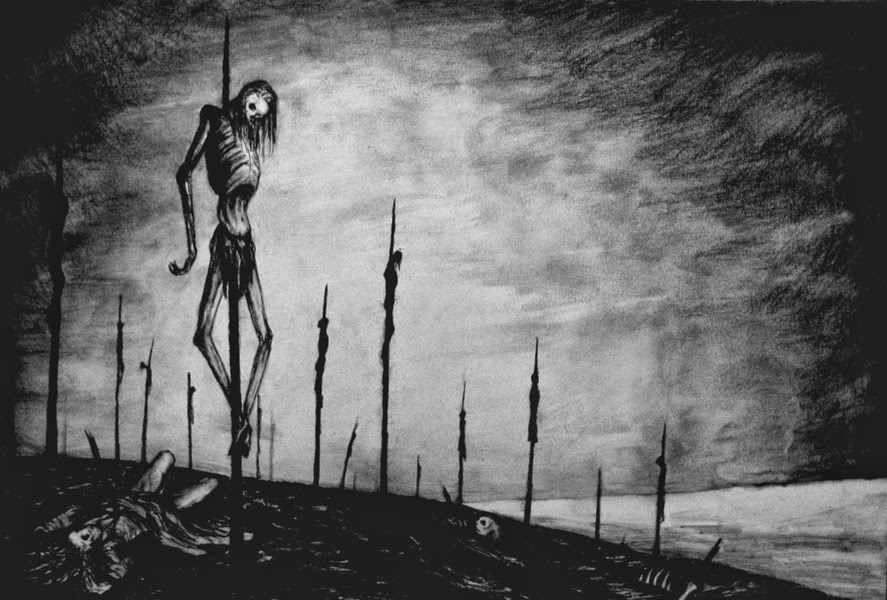 However, I don't feel that I am anything like them.

I guess many readers of this blog find it hard to relate to those old Malay stories.

They may prefer the orang puteh type of penderhaka to relate to.

Well, the best I could think of is Sir Thomas More

The guy was the Lord Chancellor during the reign of England's King Henry VIII. He opposed the King's separation from the Catholic Church and refused to accept him as Supreme Head of the Church of England because it disparaged papal authority and Henry's marriage to his wife Catherine of Aragon. Tried for treason, More was convicted on perjured testimony and beheaded. And all that just because Henry wanted to divorce his wife and marry his mistress Anne Boleyn so that he can produce an heir.

The story of that penderhaka Thomas More was the basis of the film Man For All Seasons which won five major Academy Award categories.

Here is the last scene of the movie which depicts the execution of that penderhaka,

Maybe the commentator above who wanted all the penderhaka to be executed would be satisfied by the scene.

I would nonetheless like to urge all Johor Assemblymen who tomorrow will be going to vote for the bill which will give direct power to their Sultan to decide on State administrative matters to spend some time tonight to watch the full movie at this link,

A Man for All Seasons


It teaches one about keeping good conscience and not being afraid to carry out duties entrusted by the rakyat.
Posted by Annie at 14:53