Umno must not misbehave

I was told a disturbing story earlier today.

A group of BN supporters, most likely from Umno had vandalized the house of an estate assistant manager in Hilir Perak, which is part of the Teluk Intan constituency.

The man was however not at home when the incident happened.

The group had accused the assistant manager of being pro-opposition for not giving an off day for the estate workers to vote and letting DAP vehicles to pass through the estate to ferry voters to the polling station there.

The truth is, the estate had given time for the workers to vote before returning back to work and had provided vehicles to ferry them to the polling station

As for the DAP's vehicles, they were allowed through as they were carrying outstation voters which gave them the right of movement.

I was however not told whether the assistant manager had lodged a police report over the incident.

Nonetheless, the vandalism committed against him was disgraceful.

If it's true that it was committed by Umno members, the party leadership must apologize over what had happened and act against those responsible.

These sorts of behavior, if allowed to go on, will sooner or later destroy the party.

Being a pro-establishment blogger, I feel responsible to highlight this incident as the party leadership need to know and put a stop to it.

I do believe this was an isolated incident, but, put a stop to it they must.

Don't let the stupid action of a few caused the party to be hated by the people.

The BN's Teluk Intan victory would be meaningless if party leaders, particularly those from Umno fail to control their people from committing such acts of hooliganism.

In case the Umno bigwigs at the party headquarters are not sure what the fight is all about, let me remind them that this is a war of perception.

It's not about who can shout louder or who are more gangster or who have more mat rempit carrying party flags on their kapcai motorcycle.

This is about who has a better image and project a more acceptable self to the people.

UMNO MUST NOT BE SEEN AS A GANGSTER PARTY. 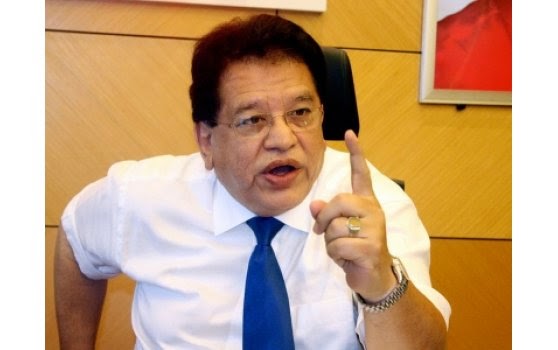 Let DAP behaves the way of a bully like they did in Teluk Intan. Umno must never behave that way.

Teluk Intan was won because the BN candidate Datuk Mah Siew Keong refused to be drawn in to a shouting match against the host of DAP leaders and their allies who whack him every night at their ceramah.

His gentlemanly ways was acceptable for the people of Teluk Intan.

For me, that's what earned him his victory.

If Umno and BN want the people to support them, then their members must behave accordingly.