I was in a hurry and did my last posting yesterday in 15 minutes before going on my trip. I didn't  read the newspapers or check the news before I did that.

I only realized the big news from Johor after I got back last night.

This is Rocky's posting on it,

It's about Utusan's front page on the Sultan of Johor acquiring power to be directly involved in the running of the state's administration.

The bill to that effect will be tabled at the state assembly on Monday and the two third Barisan Nasional bloc was expected to pass it.

Rocky's advice to the Sultan of Johor,

Whoever's advising the Sultan apparently have not been truthful to him about public perception towards the Istana. As someone who's been fortunate enough to be up close and personal with him before he ascended to the throne, I would strongly urge the Tuanku to rethink his position with regards to this and some other business at hand ...

I know that Rocky's advice to His Royal Highness is sincere. He has no personal vested interest when he did so. 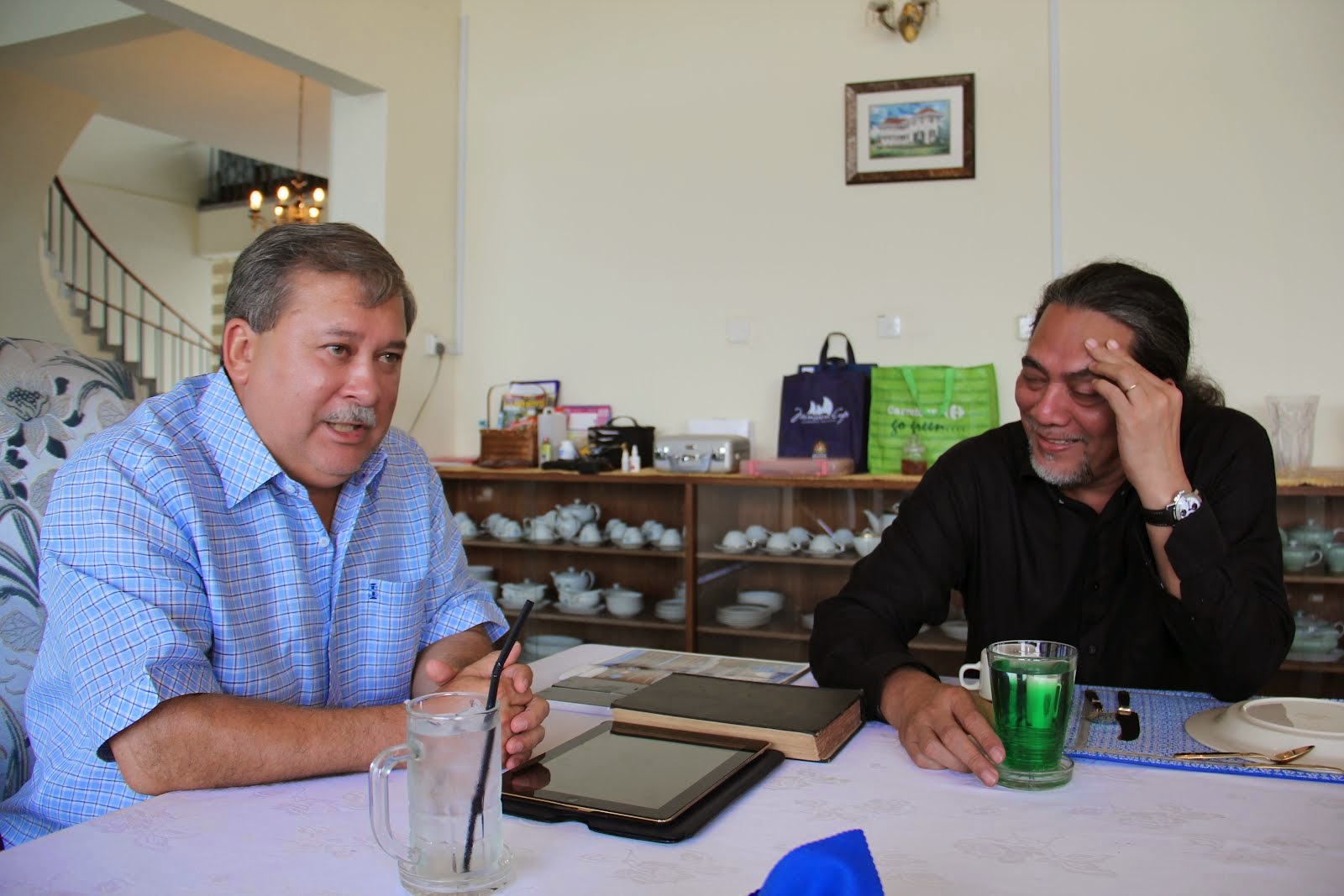 I also know that Rocky, despite not being a Johorean is actually very fond of the Sultan. He had even once took part on the whole trip of Kembara Mahkota to accompany His Royal Highness.

There was not in any way that he was being malicious by giving that advice to the Sultan.

As a Johorean and loyal subject of His Royal Highness, I am also appealing for Tuanku to rethink his position in this matter.

As I had repeatedly wrote in this blog, I am worried over the future of Johor with the current ongoings in my home state.

I had tried to be very subtle in expressing myself over how I feel about the situation in my home state, but now apparently everything is about to be out totally in the open.

The cyberspace is already full of Johor stories and they were not in any way subtle.

The social media in particular has started to be very vicious in tearing the subject matter apart.

This is after all the age of information technology. Censorship is futile.

As Rocky put it, the "old newspaper" Utusan was actually trying to protect the institution of Kesultanan Melayu Johor when it put up that front page.

I know that the Sultan is surrounded by people with vested interest in all these. They will advise the Sultan to proceed with the matter and ignore the pleadings of people who really care for him.

These people had placed their cronies in strategic places in the State government and its agencies over the past one year since the change of the administration after the last general election.

You name it and they are there, JCorp, KPRJ....etc, even Irda, UPEN and the State exco were filled up with these people.

And they were, as a Johorean friend put it, "meratah negeri Johor".

The BIG question now is, what will happen when the bill is tabled at the state assembly on Monday?

Will the two third BN's majority support the bill?

Will the mostly DAP opposition bloc go against it?

Will any BN assemblyman go against it (along with the opposition bloc)?

One thing for sure, the whole thing will divide the people of Johor.

It may even tear the social fabric of Johor apart.

But those who surround the Sultan do not care about all these.

They do not care about what will happen to the institution of Sultan of Johor.

They only care to benefit from their special position of being close to the Sultan.

Being a Johorean who love my home state, I am again appealing for His Royal Highness not to listen to those people who will one day cause the destruction of the royal institution if they were allowed to continue with what they are doing now.