I read with interest and a degree of amusement the Wassap group conversation between a bunch of Johorean friends about the ongoing crisis in their home state as posted by A Voice here,

What are the Johoreans saying?

Similarly, there were also rather interesting 'debates" on the matter between commenters in my last posting

I know that most readers of this blog do not have the time to read the comments section or care too much to do so as there are indeed a lot of comments of low value there.

But really, sometimes the conversation there could be quite interesting and amusing too at the same time.

I am reproducing here the one between whom I believe to be DAP cybertroopers and Umno supporters. They all could probably be Johoreans.


Anonymous7 June 2014 23:23
Can Sultan ask UMNO to fuck off and pull out of Malaysia and merged with Singapore?

That would be super interesting.

And if SIngapore military backs the Sultan? Their tanks drive across the border "at the invitation" of the Sultan?

Well, interesting and amusing at the same time, aren't they?

Anyway, on a more serious note, senior blogger Pasquale, whom I believe to have quite "thick cables" in Putrajaya have this to say about the same subject matter, 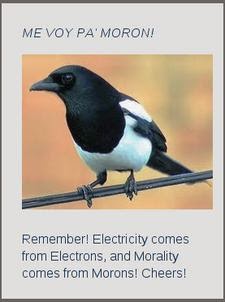 Whats happening in Penang and Selangor you might ask, well if your minds are that insular and simple Malay minds you will probably miss and not see it.
Let me put it very bluntly....these two states will be hard to "take" back to the fold since a lot of foreign money are in to make these two states not again to be belong to the BN, or to Umno or to the pathethic Malays.
Now to Johore!  I can bet my bottom ringgit (not much though) that what is happening in Johore vis a vis corruption, as reported, is that there is a bigger game afoot, if Umno politicians, or members of the royalty refused to see the bigger picture. That picture is SINGAPURA!!

Meanwhile, The Mole also has a similar story,

Speaking to The Mole on the condition of anonymity, a former highly-ranked police officer said it is incumbent that the Home Ministry conduct proper checks as well as continuously monitor foreign security companies  to ensure the nation's security is not being compromised.

“The company must follow our process and regulations. They have to go through our procedures and laws. If this is not thoroughly complied to, then habislah (we are finished),” he added.

“Most important, the Federal Government, through Home Ministry and state government, should know and monitor the operations of foreign security companies here.”

The former top cop however declined to comment on the joint venture to set up a security business in Iskandar region between a Singapore-based company, The Soverus group with Johor prince Tunku Abdul Rahman.

According to a report from Business AsiaOne the owner of the security company, Peter Lim had said: “The security business in all countries is highly regulated. This MOU signifies and cements our belief in the growing market in Iskandar and the rest of Malaysia."

It is also reported that three-quarters of its operations in Iskandar will be guarding services, while the remaining 25 per cent will be focused on mostly security technology and security consultancy.
Posted by Annie at 08:19