Who is this DAP guy?

A friend send me the picture of this DAP leader and asked me who he is. 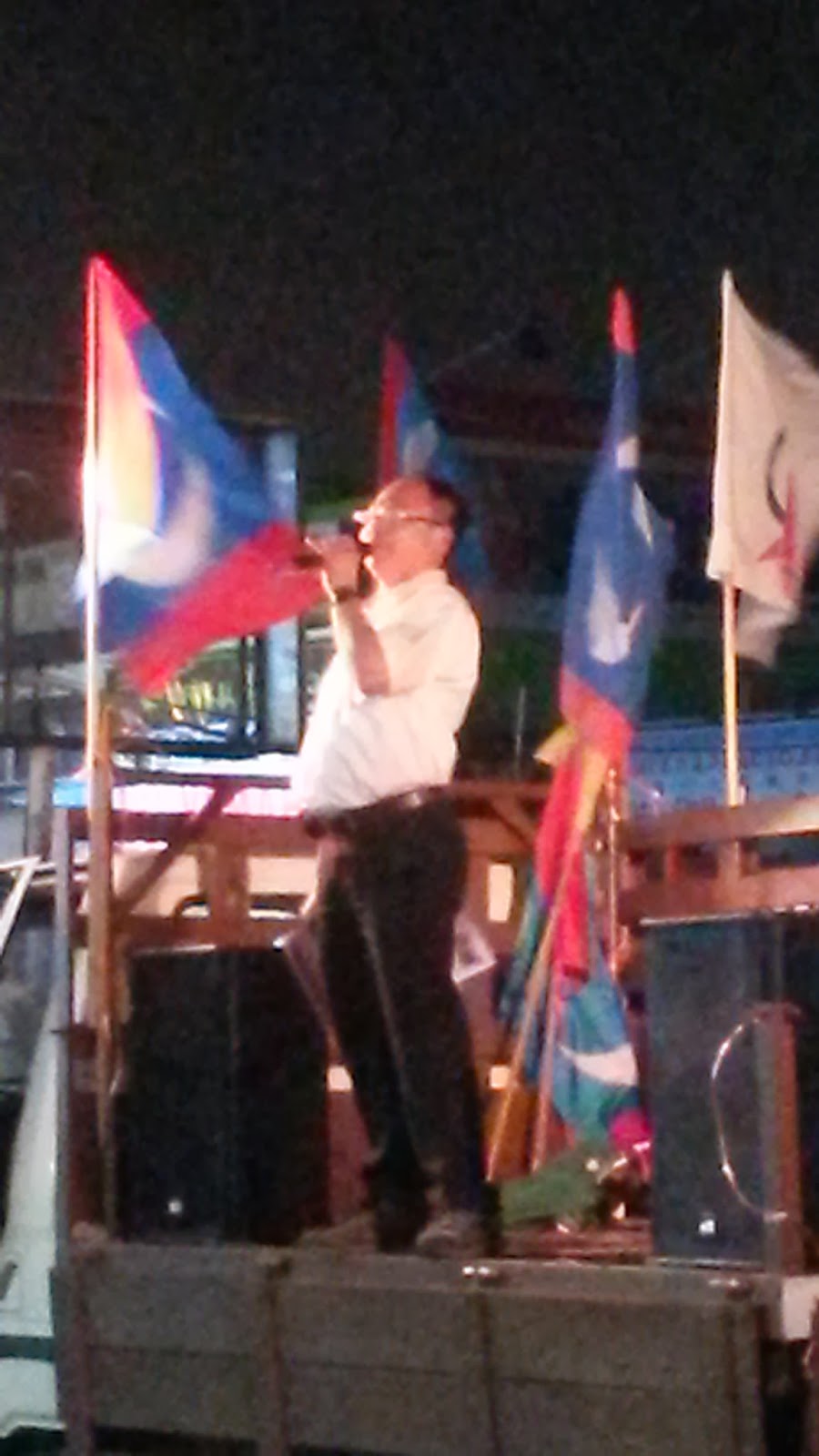 My friend said this DAP guy is either a state assemblyman or member of parliament from Perak.

He said he happened to be at Taman Sri Kota Cheras in Kajang  last night and noticed a ceramah was going on in front of a nasi kandar restaurant.

He joined the crowd and saw several Pakatan leaders were taking turns delivering their speech from the back of a lorry which had been turned into a makeshift stage for the speakers.

At that time they were waiting for the arrival of DS Dr Wan Azizah Ismail, the PKR candidate for the Kajang by-election.

This particular DAP guy started his speech by telling the audience in very bad Bahasa Malaysia that he had arrived a day late for the campaign in Kajang.

He claimed that the cause of the delay was because he had to entertain one of his constituents whose son-in-law was on the missing flight MH370.

In his email to me, my friend wrote the exact words of the DAP guy:

I think as a Yang Berhormat, this DAP guy is a disgrace for uttering those words.

There are a few other quotes on the matter by the guy that my friend send to me but I think the one above should do.

Anybody knows who is the DAP guy?
Posted by Annie at 21:07