Not all Pakatan supporters are bad

The MH370 mystery was the main, if not the only significant topic of discussions in the cyberspace among Malaysians over the past week.

As it was with other matters, discussions of the incident eventually took a political turn.

Criticisms on the handling of the incident came thick and fast from leaders and supporters of Pakatan.

The government was accused of not managing the search and rescue (SAR) effort properly.

"This is an example of BN's incompetence," was a common theme.

It doesn't matter to them that foreign experts who were directly working with the Malaysian authorities in the SAR effort had praised the locals for being professionally coordinated and doing their best to locate the missing aircraft.

They instead picked on unverified and conflicting reports of foreign media as well as pro-Pakatan news portals as their basis to criticize the authorities.

It doesn't matter to them that those media tried to sensationalize their reports for maximum impact to boost their viewership and circulation.

The Malaysian government were painted as incompetent villains who failed to give them sensational information at the click of their fingers.

"I am ashamed to be a Malaysian", "Things would have been better if Singapore is handling the crisis", "Why can't Malaysia handled it like the Americans?" were among remarks made by these Pakatan people in twitter and Facebook.

It was noted that DAP supporters were the most frequent to make such remarks compared to those of PKR and Pas.

I did expect such reactions from them, but what pleasantly surprised me was that there were some Pakatan people, including among them DAP supporters who defended the SAR effort coordinated by the government.

They are a small minority among the Pakatan supporters but were quite vocal on their stand that every Malaysians, irrespective of political affiliation must be united and support the effort to locate the missing plane.

I had observed in some social media forums of how this minority among the Pakatan supporters had stood up in defiance of their friends who blindly run down not just the government but also the country over what they accused as the poor handling of the crisis.

It's heart warming to read remarks in Facebook by a Chinese DAP supporter who castigated those who thrashed their own country simply due to their conviction that everything done by the government were wrong. 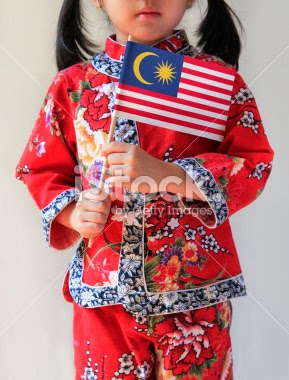 The mystery of MH370 teaches me a lot of things and one of them was that not all those on the Pakatan side were opposing BN blindly, the same way that I am not supporting everything that the establishment does.

What is wrong must be opposed and what is right must be supported.

In the case of MH370, Malaysians must unite in support of their government in the effort to find the missing plane.

It should not be a BN government, but a Malaysian government.

The same way DS Najib Razak is the PM of Malaysia and not the PM of BN.

If you truly love Malaysia, that's how you should see it, at least until the plane was found.
Posted by Annie at 18:35